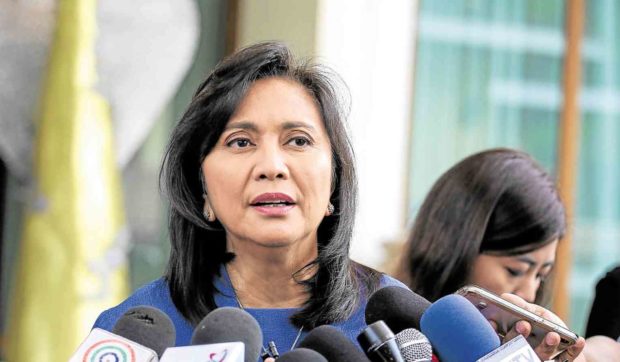 Robredo was supposed to release the report last Oct. 16 but opted to defer it, saying that the relief operations in quake-hit areas in the Mindanao region should be given priority.

Robredo repeated her earlier pronouncement that the Palace would have nothing to worry about as her report would only contain recommendations to improve the campaign against drugs.

The vice president’s report stemmed from her brief stint co-chair of the administration’s Inter-Agency Committee on Anti-Illegal Drugs (ICAD).

She was fired by President Rodrigo Duterte after only 18 days since her appointment.