WEST PALM BEACH, Fla. – President Donald Trump signed off Friday on nearly $1.4 trillion in spending that will keep the government funded through Sept. 30, dodging the possibility of a shutdown ahead of what’s expected to be a contentious election season. 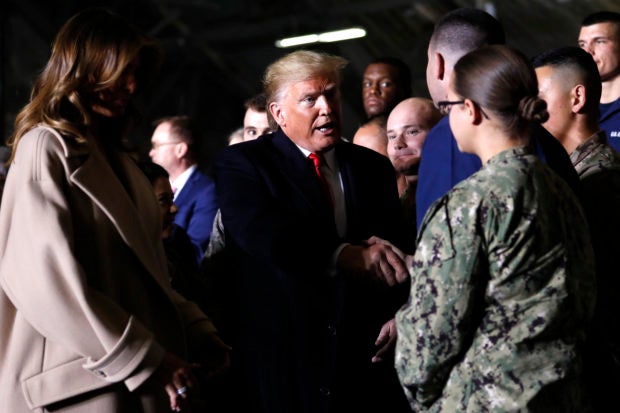 White House deputy press secretary Judd Deere said Trump signed the legislation aboard Air Force One as he traveled to his Mar-a-Lago resort, where he will be celebrating Christmas and New Year’s.

The spending measures, which will add roughly $400 billion to the deficit over 10 years, include money for the president’s U.S.-Mexico border fence, pay raises for military and civilian federal workers, and federal funding for election security grants.

The massive spending measures were made public earlier this week and headed off a repeat of last year’s end-of-the-year impasse that led to a 35-day partial government shutdown.

That showdown stemmed from Trump’s demand that Congress sign off on nearly $6 billion in funding for the border wall.

Hundreds of thousands of government workers were furloughed or forced to work without pay during the shutdown.

Trump skipped his holiday vacation and remained in Washington through the impasse.