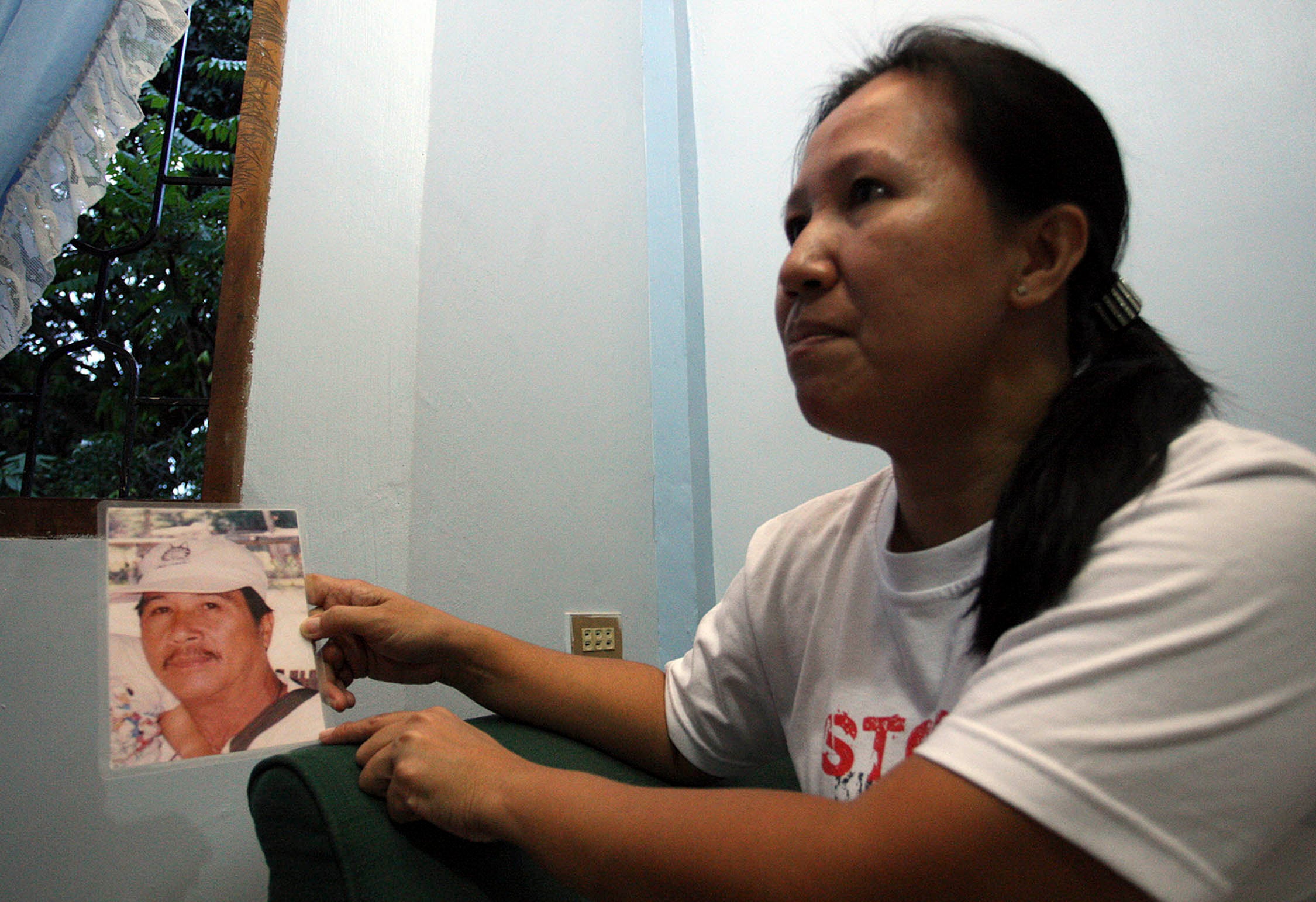 MISSING BUT NOT A VICTIM? The body of Midland Review photographer Reynaldo Momay (shown in picture), one of the 32 journalists killed in the Nov. 23, 2009, Maguindanao massacre, remains missing, but the Regional Trial Court in Quezon City says the prosecution did not present convincing proof that he was among those mowed down and does not count him as the 58th victim of the carnage. As a result Judge Jocelyn Solis-Reyes ruled his heirs were not entitled to any damage claims. —CONTRIBUTED PHOTO

As lawyers and families of some of the victims of the Maguindanao massacre rejoiced over the conviction of two brothers belonging to the politically powerful Ampatuan clan and 41 other defendants, relatives of one of the victims of what the court called a “carnage” believes justice has not been fully served.

When Judge Jocelyn Solis-Reyes handed down her guilty verdict, it was for the murder of only 57, not 58, people who were mercilessly mowed down on a hilltop at Sitio Masalay in Ampatuan town, Maguindanao province, on Nov. 23, 2009.

The judge did not acknowledge Midland Review photographer Reynaldo Momay as the 58th victim because “the prosecution only established with moral certainty that after having been sighted with the convoy of journalists,” he could no longer be found after 10 a.m. that day.

Lawyers and relatives of Momay said he was among the 32 journalists killed.

“Whether Momay died or was missing after said date could not be ascertained as no evidence of his actual death was adduced,” the judge ruled.

Reynafe Momay Castillo had fought hard to have her father’s name included among the victims on the list of the Department of Justice (DOJ) even though his body has not been found.

“I need justice for the death of my father. If the numbers are not complete, justice is incomplete,” she said.

Prosecutors had included Momay as the 58th victim, but presented only his denture as physical evidence in addition to testimonies of other people who saw him in the company of the other victims before they were waylaid and killed.

But Reyes was not swayed by that. In her decision, the judge ruled that the prosecution “unsuccessfully established that the denture belonged to Momay.”

“The court is convinced that the prosecution was not able to sufficiently establish the death of victim Reynaldo Momay,” she said, adding that the court therefore could not award any damages to his heirs.

When Castillo learned about the judge’s decision on Thursday, she told the Inquirer through an exchange of online messages that she was disappointed and was in tears.

Harry Roque, a former spokesperson for President Duterte and one of the lawyers for the victims, said the judge “acquitted all the accused over [Momay’s] death due to reasonable doubt.”

“We will appeal the civil aspect of the case,” he added.

Reyes said the prosecution “failed to show whether Momay himself reached Sitio Masalay and experienced the same danger that the other victims of the convoy faced. Absent such moral certainty, this court is not convinced that the accused murdered Reynaldo G. Momay.”

She added: “[An] accused is still presumed innocent until proven otherwise. No less than proof beyond reasonable doubt is required to sustain a conviction.”

Castillo believes the judge was wrong in acquitting all of the accused in her father’s case. “I’m not sure what [legal moves to take next]. I feel so numb right now,” she said.

According to Gilbert Andres, one of the lawyers who represented Momay’s family, an acquittal means private prosecutors can no longer appeal the decision because of the double jeopardy rule.

“I guess the missing [body] was a huge factor in the court’s decision today, but in our position, we presented the necessary substantial pieces of evidence to point that Mr. Momay is part of the massacre,” Andres said.“That’s why we will only appeal the civil aspect of the case [of Mr. Momay], which we manifested earlier in court.”

But Castillo, who migrated with her family to the United States in 2012, was not interested in any compensation and told the Inquirer she “could not understand anything at this point.”

“I’m not after any monetary thing from the accused. Guilty of 58 counts of murder, I would be happy with that,” she said.

Andres said the denture was found about a week after the massacre by a team from CenterLaw, that was deputized to conduct a parallel investigation at Sitio Masalay by the Commission on Human Rights.

The team also recovered an identification card and some personal items belonging to Momay at the site.

At that point, said Andres, there were still three bodies being claimed by four families.

“Upon further investigation, that’s when we zeroed in that the missing dentures were from Mr. Reynaldo Momay,” he said.

The lawyers consequently filed an affidavit in January 2012 in the DOJ so that Momay may be included as the 58th victim in the massacre.

On Sept. 21, 2012, the DOJ issued a resolution finding probable cause in Momay’s murder.