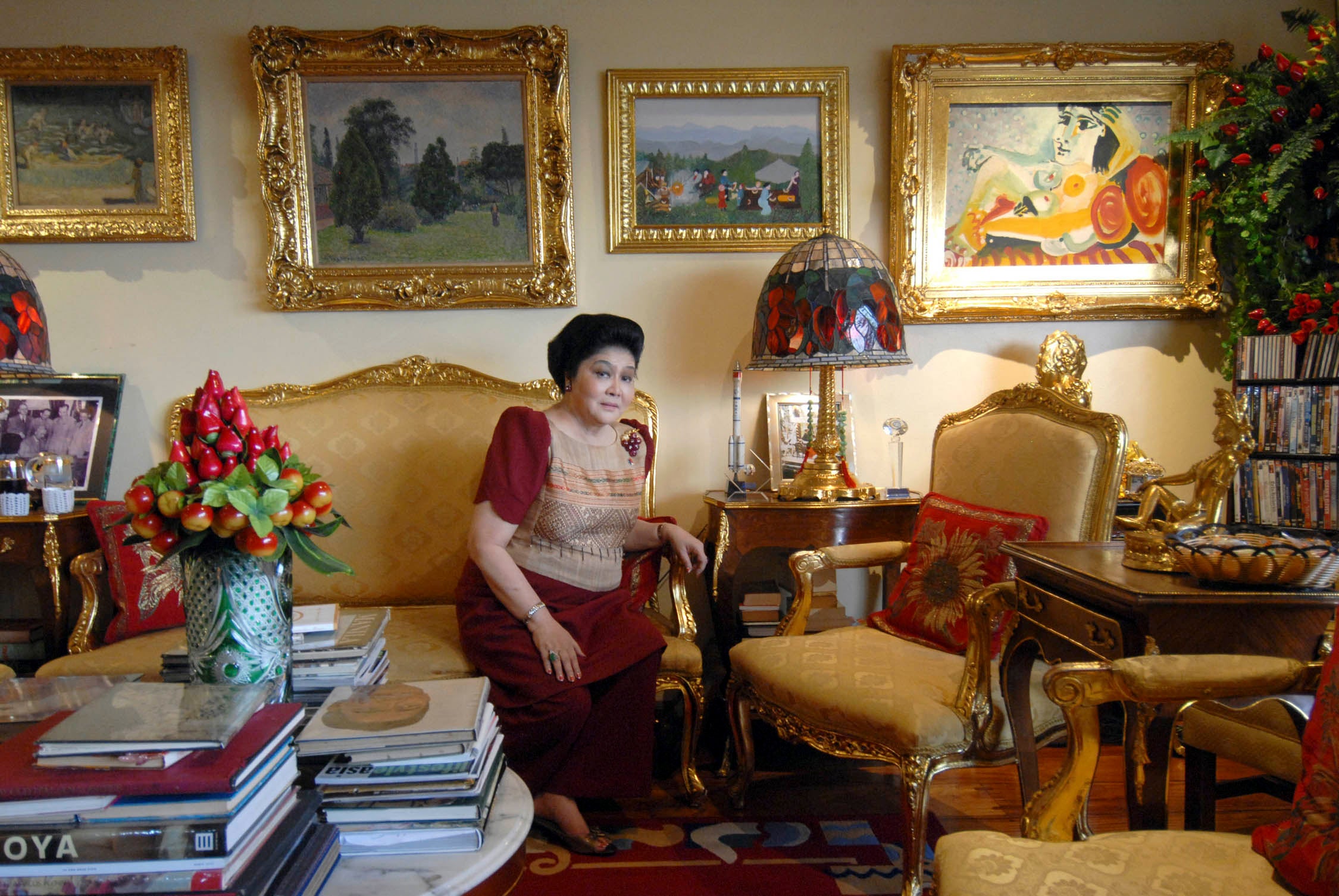 STOLEN ARTWORKS? In this 2007 photograph, former first lady Imelda Marcos is shown in her apartment with a gallery of paintings including a Picasso, seen at upper right. —AFP

The Sandiganbayan has ordered the Marcos family to account for, and either surrender or pinpoint the location of hundreds of valuable paintings that they amassed during the administration of the late dictator Ferdinand Marcos.‍

‍In a 42-page decision promulgated and released on Thursday, the antigraft court declared 896 pieces of art, including paintings by renowned masters Manet, Cezanne and Van Gogh, as ill gotten and “unlawfully acquired,” and ruled that “the forfeiture of said properties in favor of petitioner Republic is warranted.”

The decision resolves a civil case filed by the Presidential Commission on Good Government (PCGG) nearly three decades ago and refers to a 2016 Sandiganbayan Partial Summary Judgment ordering the Marcos family to “cease and desist from disposing, transferring and/or selling any of the above-mentioned paintings and artworks.”‍

They were also ordered to return the Grandma Moses painting collection and the Metropolitan Museum of Manila’s art collection.In addition to the paintings, the forfeiture case also included silverware already sold at a public auction in the United States, jewelry and other valuable decorative arts.

The decision, penned by Associate Justice Efren de la Cruz with the concurrence of Associate Justices Alex Quiroz and Oscar Herrera Jr. said the artworks were forfeited in favor of the Philippine government since the Marcos couple failed to explain how they amassed the massive art collection, which at the time of the filing of the case was worth $24.32 million.

‍‍The court also noted that the Marcoses’ aggregate salaries amounted to only $304,372 during their time in public office, so the artworks could not have been lawfully acquired.‍‍

“In the case of respondents, they failed to state and substantiate how they lawfully acquired the funds used to purchase the paintings. Respondents likewise failed to show proof that they had other legitimate sources of income aside from their combined salaries,” the decision said.

Read Next
‘No one can escape the justice of God’
EDITORS' PICK
COVID-19 cases in NCR, nearby provinces now going down — OCTA
I’ll fight evil and misdeeds no matter what it takes—Guanzon on BBM party’s disbarment threat
PH records over 18,000 new COVID-19 cases for 2nd straight day
NUSTAR Resort and Casino: Cebu’s next lifestyle and leisure gem
Rise to perfection: Spot on tiles for your stair risers
Step up your vlog game with vivo’s newest smartphone
MOST READ
Macalintal says Guanzon liable for revealing vote to disqualify Bongbong Marcos
Palace: Facility quarantine no longer required for fully vaxxed travelers starting Feb. 1
6 areas to be placed under Alert Level 3 from Jan. 28 to Feb. 15
Fully vaxxed nationals of non-visa required countries allowed entry to PH starting Feb. 10
Don't miss out on the latest news and information.