Duterte plans to go around Metro Manila on his motorcycle 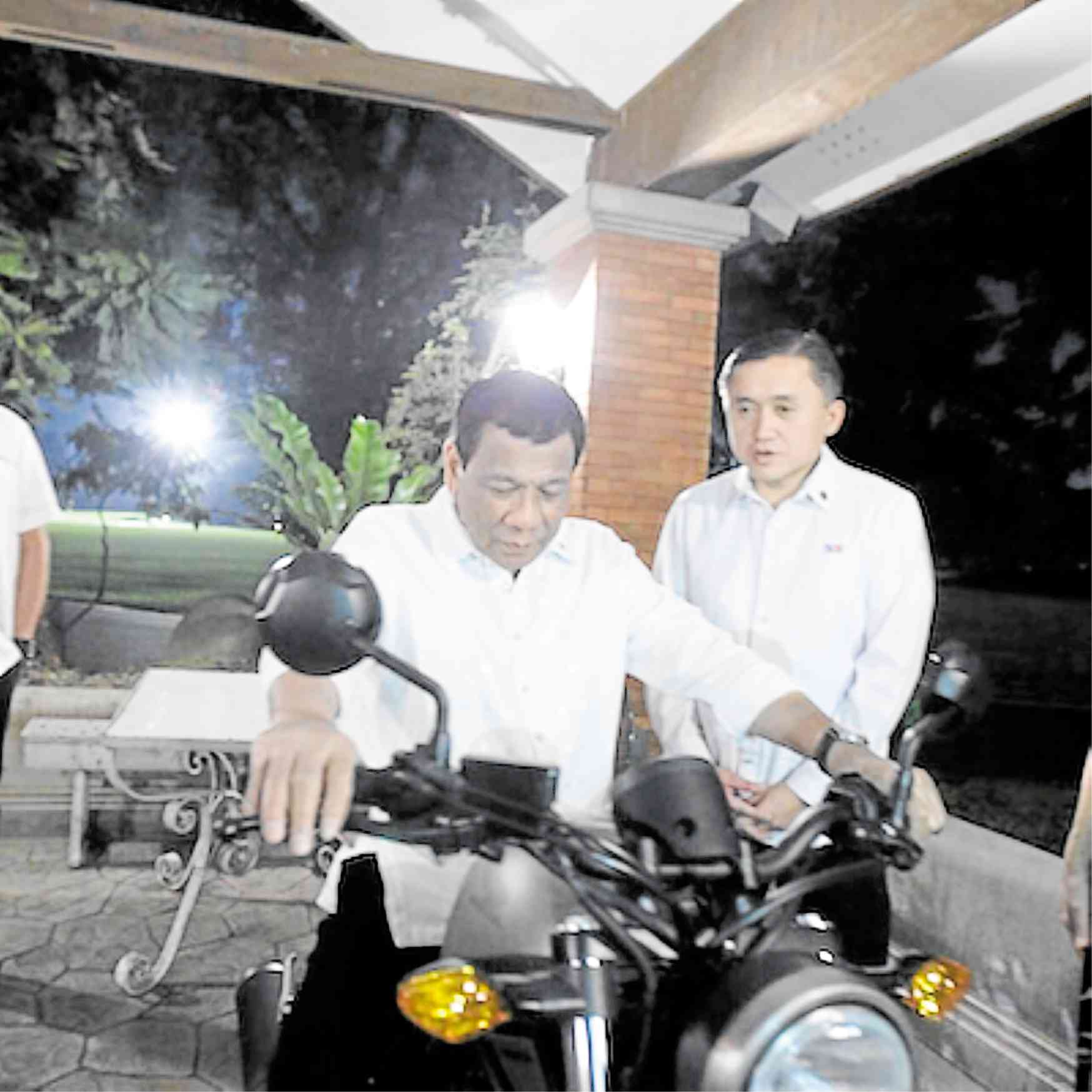 GET YOUR MOTOR RUNNING President Duterte took a nighttime ride on a big bike at the Presidential Security Group compound on Oct. 16, according to his longtime aide, Sen. Bong Go. -BONG GO’S FACEBOOK PAGE

“He said he will live and die with a motorcycle because he said it is better to die riding a motorcycle rather than to die in bed,” Niembra said, quoting Duterte.

“He has plan to go around Metro Manila on a motorcycle,” he added.

Duterte sustained injuries in October after he fell off a motorcycle at the PSG compound in Malacañang.

Duterte’s lifelong passion for motorcycles has left him with permanent nerve damage in his neck.

Read Next
Zaldy Ampatuan back in jail a day before Maguindanao massacre case promulgation
EDITORS' PICK
10 Filipinos positive for COVID-19 in UK, 7 in Ireland — envoy
Nograles: Cabinet members to donate 75% of monthly salary to aid COVID-19 fight
Quick chat with Nicole Andersson: ‘You really don’t need much to be happy’
IATF to LGUs: Issue ordinances vs attacks on frontliners, COVID-19 patients
Diokno to Duterte: OK to make fun of buck tooth, but focus on people’s needs first
Robredo spox thanks Duterte for defending VP’s efforts vs COVID-19
MOST READ
Coronavirus hotbed Rizal to shut borders on April 6
Gov’t mulling quarantine period extension of 15-20 more days
ADB warns PH against prolonged lockdown
Sotto on Isko Moreno’s call: We do our job without the media following our every move
Don't miss out on the latest news and information.