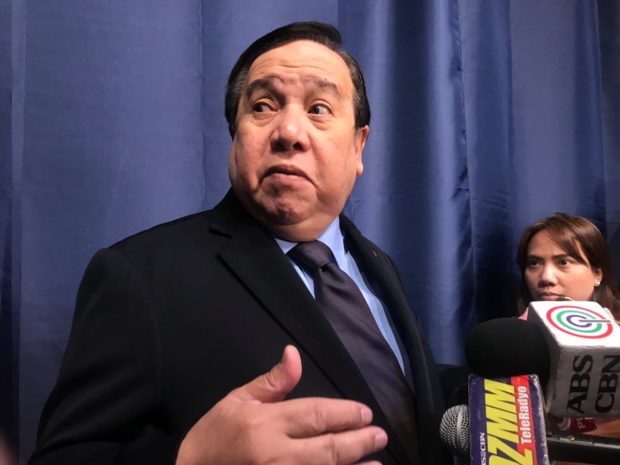 MANILA, Philippines — Senator Imee Marcos is free to take part in the possible investigation on the government’s failure to win several civil cases against the Marcos family.

Senator Richard Gordon said this Wednesday when asked if the daughter of late dictator President Ferdinand Marcos Sr., could participate in the inquiry.

“She’s (Marcos) a duly elected senator, she can…if she needs to defend herself or take a position against those who are being investigated, it’s really up to her,” Gordon told reporters in an interview.

“The people have elected her and she has every right to be in that investigation if she wants to,” he added.

Gordon earlier said he would initiate a probe on the losing streak of the Presidential Commission on Good Government’s (PCGG) in pursuing civil cases against the Marcoses involving alleged ill-gotten wealth.

Gordon said that in the past, he had suggested to the PCGG to get good lawyers and researchers to work on the cases.

(I told them before when I investigated them to get good lawyers, good researchers and work on the case. Although they could get results, they would have gathered ample pieces of evidence with the help of the lawyers.)

(Now that the P200 billion case was lost what would they do now? Seek a reconsideration? Produce fresh evidence? And if they’re in no mood to investigate, they should be vanished.)

The Sandiganbayan recently dismissed another civil case against the late dictator, former president Ferdinand Marcos, and his family. It involved P200 billion worth of alleged ill-gotten wealth, the of such suit the PCGG lost this year.

The anti-graft court’s Fourth Division dismissed the forfeiture case due to the inability of the prosecution to prove the allegations against the Marcos family.