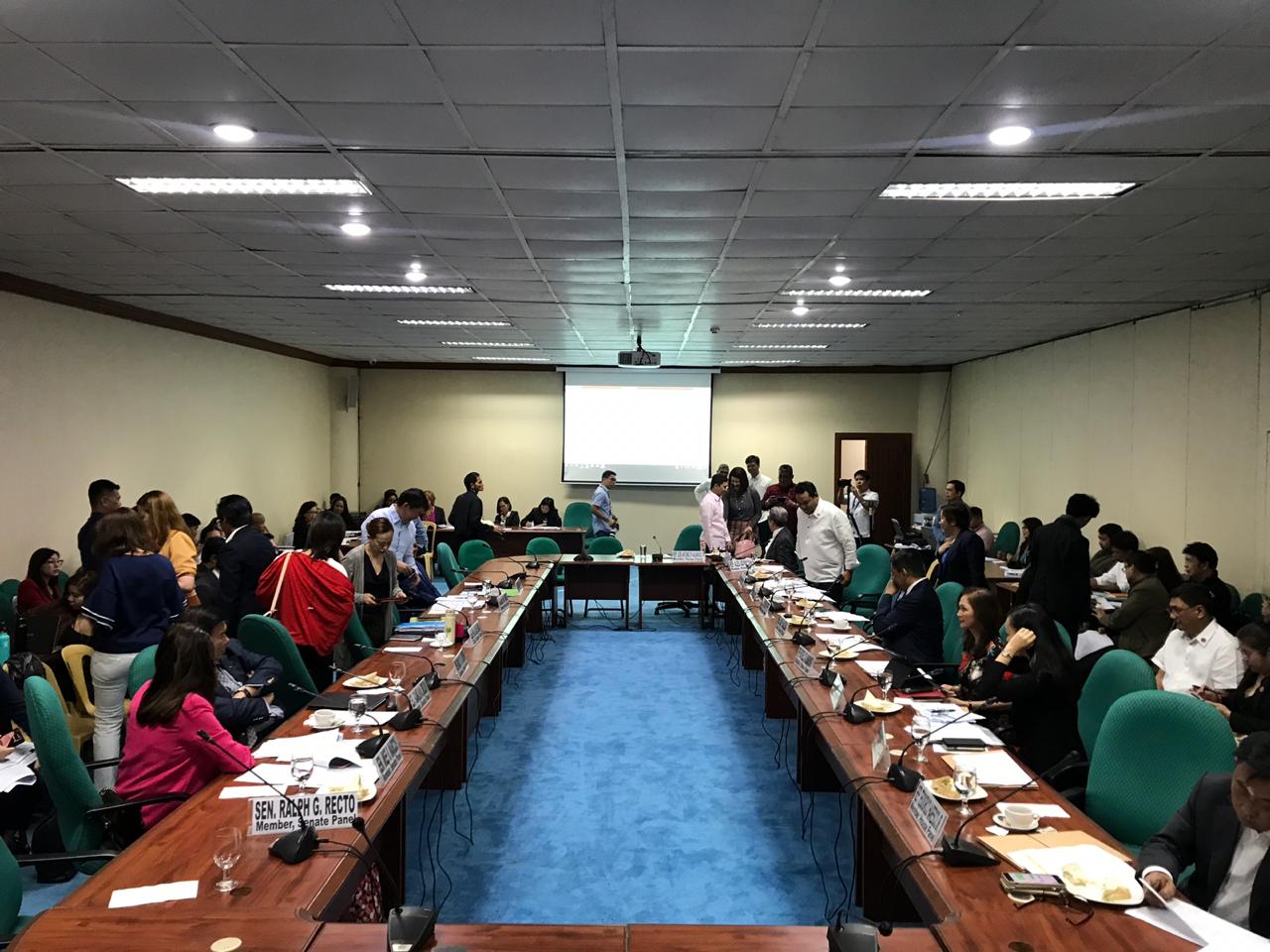 Emerging from the four-hour meeting, Senator Pia Cayetano cannot hide her dissatisfaction with the rates agreed upon by the committee.

“As a health advocate, I cannot deny that I’m not satisfied because I have two roles. Increasing the tax for the purpose of Universal Health Care but also to use the rates as a deterrent to the consumption of a product that is not health. Kung dun mo titignan, I think the health advocates would say, sana mas mataas pa,” she told reporters in an interview.

“As a revenue measure, I had also hoped na mas mataas kasi kung  makikita niyo yung figures ko sa Senate orginally, nasa P46 billion ang collection sa alcohol pa lang. But that is how democracy work. That is how we work as a bicameral house, so the figures we have are what they are and they will go a long way,” she added.

Cayetano, chair of the Senate ways and means committee, and her counterpart Albay Rep. Joey Salceda said the bill would give around P24.9 billion in revenue if enacted into law.

The Senate and the House of Representatives is expected to ratify the bicam report in their respective sessions later in the afternoon.

It will then be submitted to President Rodrigo Duterte for his signature.