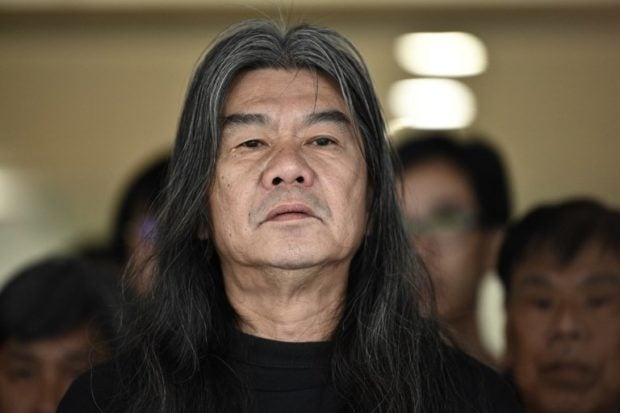 HONG KONG  — A ferry company barred a group of Hong Kong protesters, including a well-known pro-democracy activist, from boarding a boat Wednesday to Macao, where Chinese President Xi Jinping is slated to arrive for a much-trumpeted visit.

The travel company gave the group a Macao police notice that said the activist Leung Kwok-hung, also known as “Long Hair,” and others intended to disrupt activities around the 20th anniversary of Macao’s return to Chinese control, prompting authorities to ban them from entering the territory.

Like Hong Kong, Macao has a separate legal system from mainland China. In recent weeks, ahead of the anniversary, state media have touted the former Portuguese colony as a shining example of how “one country, two systems” can work.

This same principle has been questioned during months of anti-government demonstrations in Hong Kong.

Leung and around 10 protesters held up posters of Xi and Hong Kong Chief Executive Carrie Lam in a Hong Kong shopping center beside a ferry terminal. They spoke about the five demands Hong Kong’s protesters have issued, which include universal suffrage, and recalled the Tiananmen Square democracy movement that ended in bloodshed in 1989.