P141M worth of shabu seized in Pasay | Inquirer News

P141M worth of shabu seized in Pasay 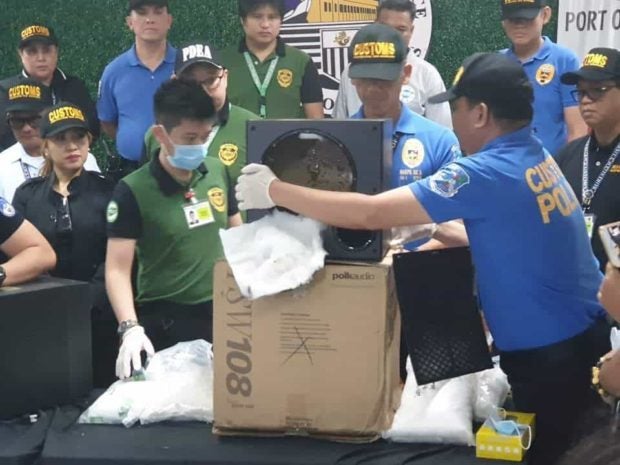 BoC-NAIA intercepted 20.8 kilos of shabu amounting to P141 million at a warehouse in Pasay City. The drugs were concealed in two parcels declared as speakers. Photo courtesy of BOC.

The Bureau of Customs (BOC), in a statement, said the illegal drugs were concealed in two parcels declared as speakers shipped from the US.

BOC said the seized drugs were turned over to the Philippine Drug Enforcement Agency (PDEA) for further investigation.

The bureau assured it remains vigilant in preventing the entry of illegal contrabands and will continue to coordinate with PDEA and other members of  NAIA Inter-Agency Drug Interdiction Task Group (NAIA-IADITG).