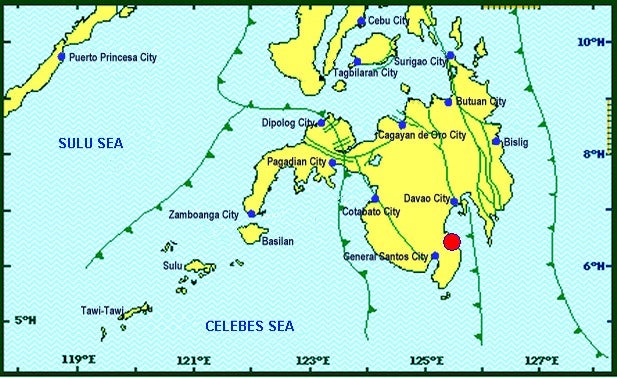 Phivolcs said the earthquake was recorded at 4:18 a.m., with the epicenter located 28 kilometers southeast of Padada town in Davao del Sur.

The quake was of tectonic origin and had a depth of 9 kilometers, Phivolcs added.

The quake was one of the aftershocks of the magnitude 6.9 quake that hit Mindanao on Dec. 15.

Phivolcs earlier said it has recorded over 700 aftershocks after the strong quake, of which, 70 were felt.