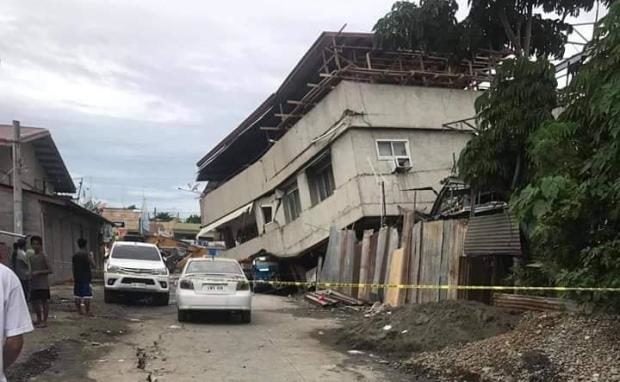 The collapsed Southern Trade building in the vicinity of the Padada public market in Davao del Sur. Photo by Drema F. Quitayen

DIGOS CITY –– The woman who texted her family they were trapped under the rubble of the building that collapsed in Padada town, Davao del Sur, did not come out of the building alive.

Emily Gallegos, a worker of the Southern Trade grocery store, was found lifeless under the debris near the entrance of South Green Commercial Building about 9 p.m. of Dec. 16.

Gallegos, a resident of Barangay McKinley in Sulop town, managed to send a text message to her relatives and friends about 4 a.m. on Monday, hours after the building collapsed because of the quake.

She told her family she was with four other trapped shoppers inside the building. But when her family texted back, she no longer replied.

The text message prompted Mayor Pedro Caminero to seek the help of Davao City’s Rescue 911 known to be skilled in extracting victims from collapsed structures.