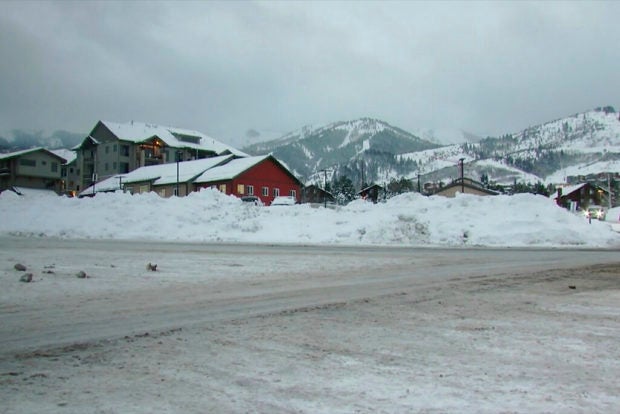 This image made from video shows snow-covered mountainside in Summit County, Utah, Sunday, Dec. 15, 2019. A 45-year-old snowboarder was killed Sunday after he was caught in an avalanche that he unintentionally triggered and was buried, according to the Utah Avalanche Center. AP

A 45-year-old snowboarder was killed Sunday after he was caught in an avalanche that he unintentionally triggered and was buried, according to the Utah Avalanche Center.

The male snowboarder left Canyons Village in Park City via a back-country exit gate at the top of the 9990 lift to access Dutch Draw, the Salt Lake Tribune reported. He triggered the avalanche as he headed down the slope and came to the steep, rocky Conehead area of Dutch Draw.

Sheriff Justin Martinez of the Summit County Sheriff’s Office tweeted that the snowboarder was dug out and lifesaving efforts were performed on him, but that he ultimately died.

The Utah Avalanche Center says it, along with avalanche professionals from Park City and Canyons resorts, will investigate the scene Monday.

On the day of the accident, the Utah Avalanche Center said the danger of avalanches in the Salt Lake area was considerable.

The center says the Conehead area is prone to avalanches and was the site of another fatality in 2012.