MANILA, Philippines — The police officer who was critically wounded in a shootout with suspected robbers in Sta. Cruz, Manila has died while undergoing hospital treatment. 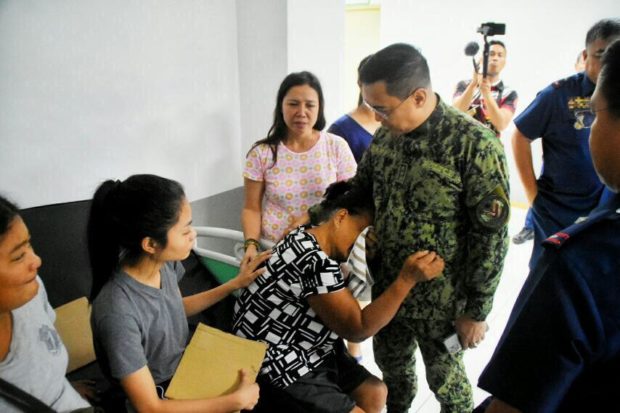 PNP officer-in-charge Lt. Gen. Archie Gamboa visits the family of Cpl. Edgil Bombase, who died on Sunday, December 15, 2019, after a shootout with suspected robbers in Sta. Cruz, Manila on December 11. (Photo from PNP)

“In the strongest sense, the NCRPO condemns another killing of our dear comrade,” he said in a statement on Monday.

Bombase was among the police officers who responded to a robbery incident on the evening of December 11.

He was met with gunshots while approaching the suspects.

Two of the suspects were killed in the encounter and a follow-up operation.

Sinas said the slain police officer  “died with honor and integrity of having accomplished the mission of neutralizing one notorious robbery suspect.”

Sinas said the NCRPO will shoulder all hospital and funeral expenses of the slain officer.