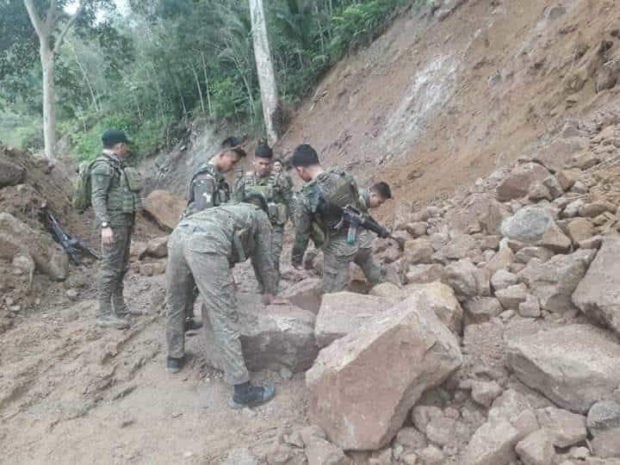 New Clarin Barangay Captain Hamil Potarcos said they monitored the cracks near the bridge after the powerful quake, whose epicenter was
traced 6 kilometers northwest of the nearby Padada town, hit this area at intensity six.

The steel bridge, which links Bansalan to the nearby towns of Magsaysay and Matanao, was inaugurated by former president Gloria Macapagal-Arroyo in the 90s.

It was funded by the Special Zone of Peace and Development (SZOPAD).

The clearing operation prevented the barangay from being isolated, the Eastern Mindanao Command said.