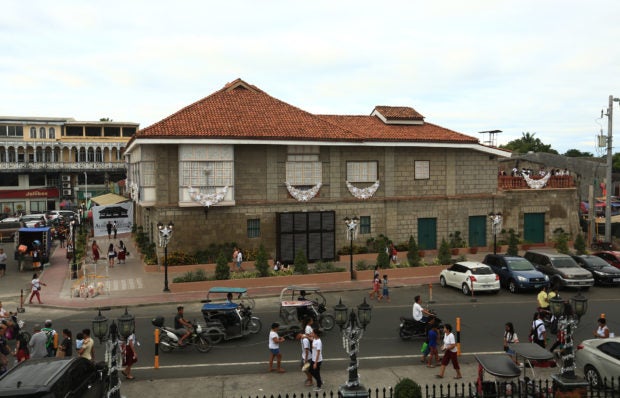 BIÑAN CITY, Laguna, Philippines — The story of the Alberto Mansion in this city in Laguna province is one for the books.

Over the last decade, the 200-year-old ancestral house of Teodora Alonso, mother of national hero Dr. Jose Rizal, was at the center of a campaign for heritage preservation, court proceedings, midnight deals and even family disputes.

It seemed it was only now that residents, especially the younger generation, actually noticed it, like one man, probably in his 20s, as he peered at people taking selfies in front of the house.

“What’s with that house, anyway?” he said as he stood beside the 101-year-old Rizal monument across from the mansion, one moonlit evening.

But others, like Ramil Leron, 44, believed the house was something “important.”

“They say powerful people once lived there. That’s what the old people here say,” he said.Local heritage

Local historians say the 1,197-square-meter house was built in the early 19th century, at the time when Biñan was a Dominican estate named after its patron, San Isidro Labrador.

Teodora was said to have spent her teenage years there where she would later meet her husband and Rizal’s father, Francisco Mercado, who lived on the next street.

The Mercados’ house was long gone; the site is now a supermarket. 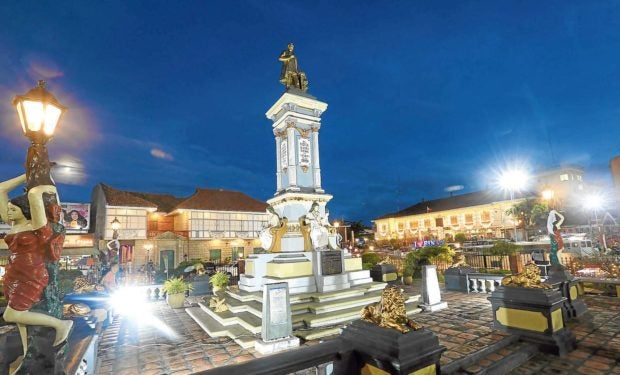 HERO’S PLAZA A statue of national hero, Dr. Jose P. Rizal, known here as “The Martyr of Bagumbayan,” stands at the plaza fronting the Alberto Mansion and the old city hall of Biñan.

Over the years, the Alberto Mansion stood quietly and empty, ignored except for the street vendors who built makeshift tents outside the perimeter and tricycle drivers waiting for passengers.

Bryan Jayson Borja, who heads the city’s Tourism and Cultural Affairs Office, said he first learned of the house in 2008 when he was doing a research on Rizal.

“But I’d like to reiterate that [the house] was in a very good condition [back then]. Just a bit dirty, but still in perfect condition,” Borja said.

According to the city government, the property was last owned by Gerardo Alberto, until he sold it sometime in 2010 to real estate developer Jose “Jerry” Acuzar, owner of the popular heritage resort Las Casas Filipinas de Acuzar in Bagac town, Bataan province.

Borja and Rosauro Sta. Maria, Laguna tourism chief, started the “Save Alberto House Movement” soon after the city government learned of Gerardo’s plan to demolish the structure. The city government refused to issue a demolition permit and instead, declared the house a local heritage site through an ordinance the following year.Replica 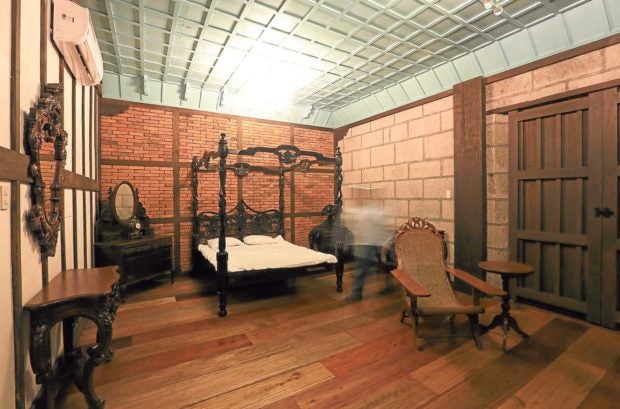 ORIGINAL SITE The Biñan government reconstructed the mansion on its original site, by adding antique fixtures and furniture, like a bed and a rocking chair, to create a semblance of a 19th century dwelling. The house also features a staircase that leads to the azotea or rooftop.

“That’s one of the contentions before—that it wasn’t declared by the national government. But that was because [Gerardo Alberto] did not have it registered with the [National Historical Commission of the Philippines] in the first place,” Borja said.

Gerardo is a fifth-generation descendant of Lorenzo Alberto, Teodora’s father. It is said that he had moved out of the city long before, but his niece, Ma. Czarina Alberto, 42, stayed on to see the mansion reconstructed by the city government.

“I strongly opposed the demolition and [sale] of the original [house] as it had historical and sentimental value,” Ma. Czarina said.

If anything, it was Ma. Czarina who had mixed emotions when the city government, on Dec. 6, unveiled the restored Alberto Mansion in a program graced by Vice President Leni Robredo. She said she had waived her rights as an heir, after her father and Gerardo’s brother, Luis, died in 1998.

“I’m happy the house was restored and was given more appreciation by the city … but sad because the replica did not look exactly as the original mansion,” she said.

The city government does not make false claims over the replica, with Mayor Walfredo Dimaguila Jr. himself saying only “about 10 percent” of the original structure was preserved.

Everything inside—the furniture, fixtures and even the staircase—had been removed and transferred to the Bataan resort that in 2012, with just mostly its exterior left, the structure began to collapse. 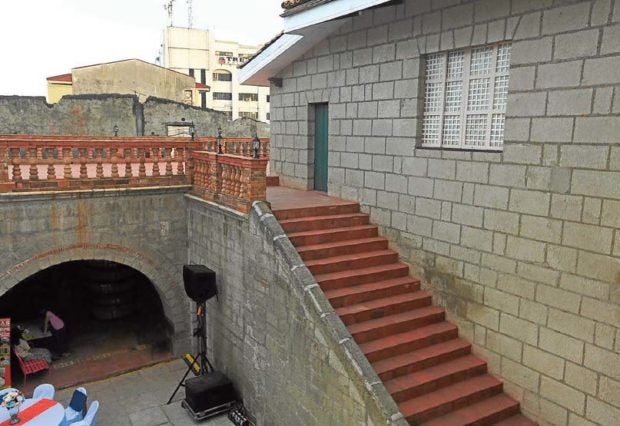 Dimaguila said the city government had made several offers in the past to buy the property, but Gerardo turned them down. After the roof caved in and the structure was on the verge of collapse, the city in 2017 sought to expropriate the property, which a local court granted immediately that same year.“What’s ironic was it was Acuzar’s [construction firm] who won the bidding [to reconstruct the house]. Their bid was lower by several millions [of pesos than other bidders],” Dimaguila said.

The city government allotted P55 million to purchase the property and to reconstruct, to as close to the original design as possible, the house, using adobe bricks and hardwood.

It plans to put up a museum featuring Rizal’s maternal ancestry on one wing and a bed and breakfast on the other.

“Now you have two Alberto houses—one in Bataan with a fake exterior and the other one here on the exact site,” Borja said. 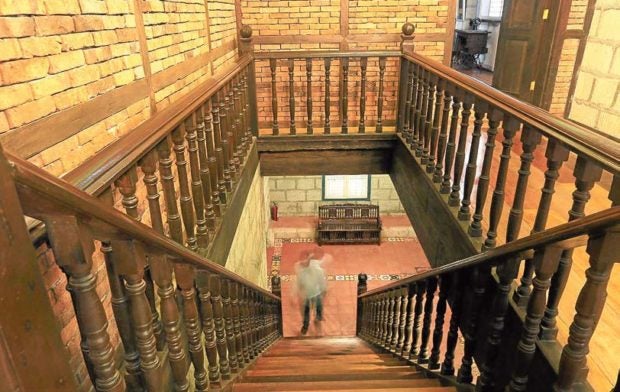 Dimaguila said the Alberto Mansion should also complement Rizal’s heritage house in the hero’s hometown in Calamba City, also in Laguna.Borja said the Alberto Mansion might have been overlooked in the past, with the city acting a little too late to save the structure. But he said the efforts of heritage conservationists and the local government stepping in helped them keep an important piece of history.

“This is still a success story, but, of course, we will not wait for another ‘Alberto Mansion’ to happen” he said.