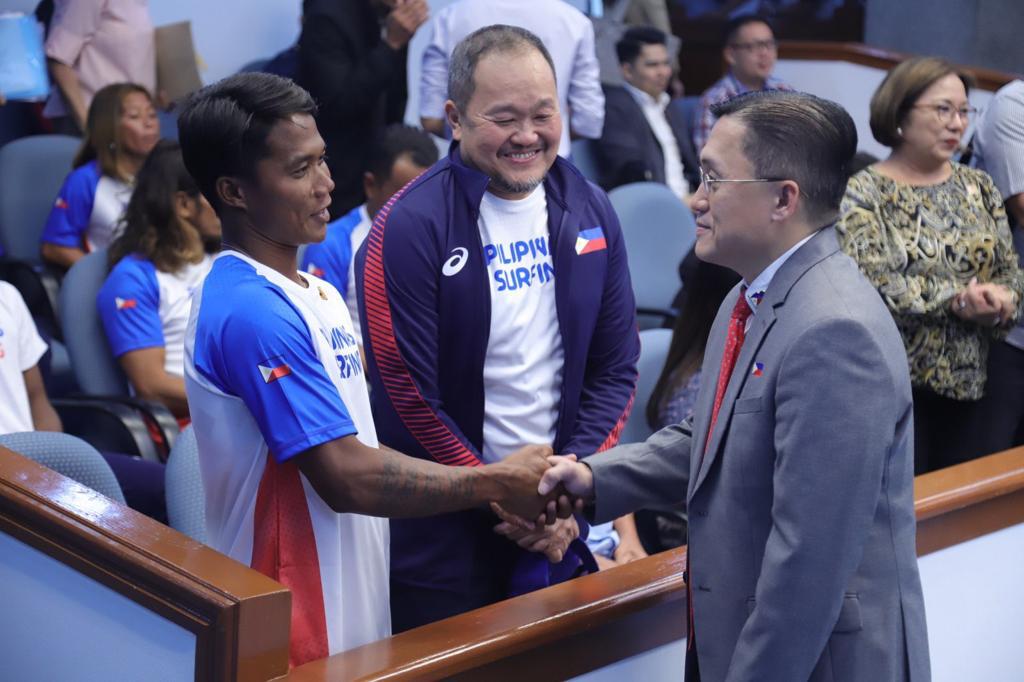 The senator filed a resolution last Dec. 10 to commend Casogay for his “exhibiting acts of heroism and bravery.”

Instead of going for the gold medal, Casogay opted to save his Indonesian competitor Arip Nurhidayat who was getting hit by big waves after his leash got detached from his surfboard.

“In interviews, Casogay humbly said that it’s normal for surfers to help one another. His statement gives us a glimpse of the spirit of brotherhood and camaraderie that exists within the surfing community,” Go said during his privilege speech.

“Thus, we must also recognize the men and women who share the same passion with Casogay and helped form his character,” he added.

Go, who is also the chairperson of the Senate sports committee, encouraged more support for the country’s sports development.

(The heart, determination, and strength you give is proof that the athletes deserve support and provide attention to long-term sports development.)

Go also revealed that Casogay will be awarded with the Order of Lapu-Lapu, to be given by President Rodrigo Duterte.

The senator added that for him, Casogay was the “real hero” of the Sea Games.

“That moment is the epitome of the official slogan of the 30th Southeast Asian Games. Roger Casugay showed us what ‘We Win as One’ truly means. The Filipino people beamed with pride for his selfless act, which exemplified the Filipino value of Bayanihan,” he said.