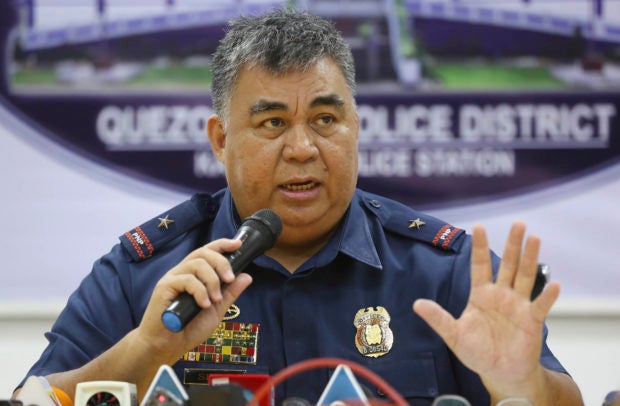 The National Press Club (NPC) accused the National Capital Regional Police Office (NCRPO) chief of physically stopping a television news reporter from interviewing him on Friday morning, in the latest in a series of allegations that the metro’s top police official was “antipress.”

Paul Gutierrez, vice president of NPC, the oldest professional association of journalists in the country, on Friday said NCRPO chief Brig. Gen. Debold Sinas had placed his hand across the mouth of a female GMA 7 television reporter, who approached him for a brief interview.

The reporter, who declined to comment and to be identified pending an investigation of the incident by her network, was one of the first journalists to accompany Sinas and other top PNP officials during an inspection of the Quirino Grandstand, where the Traslacion in January will begin.

She had approached Sinas twice for an interview. In her first attempt Sinas stopped her from talking to him, saying “Mamaya ka na (Let’s do this later).” Apparently the high-ranking official wanted to wait for the other reporters to arrive, Gutierrez said.

The second time, Sinas was heard to have said, “Di ba sabi ko sa iyo mamaya na (Didn’t I tell you that we would do this later?)”

In both instances, Sinas covered the mouth of the reporter with his large hand and touching her face.

Gutierrez said it was the latest example of what he described as an alarming pattern of misbehavior by the top official of the metro’s police.

Sinas already got off to a bad start with the metro’s press club after evicting them from their press office in Kamuning, Quezon City. Lately, police beat reporters have also accused him of not being transparent after unilaterally shutting down the reporters’ Viber group.

“Maybe this incident doesn’t really qualify as harassment but it’s clear Sinas has an attitude problem,” Gutierrez told the Inquirer. “To my recollection, he’s the only chief who has ever acted this way against us.”

He also called on Sinas to act professionally “since the reporters are just doing their jobs.”

The NCRPO public information office said in a statement that the reporter “butted in” during Sinas’ conversation with Msgr. Hernando Coronel, parish priest of Quiapo.

“The chicanery that he is antimedia of some sort is far from being true,” it said. “NCRPO Acting Chief never intended to stifle said reporter or any person for that matter. He greatly respects our friends from the media and acknowledges their indispensable part in public service.”