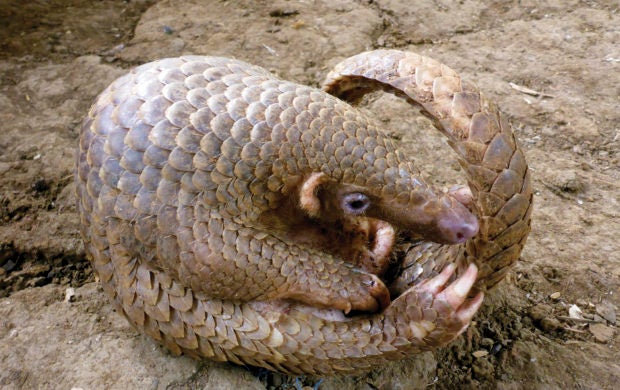 Despite conservation efforts, the Philippine pangolin (Manis culionensis) has inched closer to extinction after the International Union for Conservation of Nature (IUCN) recently declared the endemic species as critically endangered.

Formerly listed as endangered for the past seven years, the local pangolin’s most recent reclassification on the IUCN Red List of Threatened Species further spells out the impending doom for one of the world’s most trafficked mammals. The list is the most comprehensive resource on global conservation status of more than 112,000 species.Dr. Sabine Schoppe, a pangolin expert who led the latest assessment, said the growing attention to the plight of the Philippines’ only pangolin species sadly came too late to reverse the animal’s fate.

“Pangolins, including the Palawan pangolin, finally get the attention they deserve,” she said in an email interview on Thursday. “Unfortunately, the attention came very late—at the time that the species is already facing extinction.”

One of eight pangolin species in the world, the Philippine pangolin—an elusive, solitary and nocturnal mammal—is the least studied in the family of scaly anteaters. It was only recently described as a distinct species from its closest relative, the Sunda pangolin (Manis javanica).

Endemic only in Palawan province, the mammal, however, shares an unfortunate fate with other species: rapidly dwindling numbers, mainly due to illegal hunting and poaching driven by the high demand for its scales and meat, particularly in Asian markets.
In countries like China and Vietnam, these are prized as a source of traditional medicine and a cure for a myriad of illnesses, even without the support of scientific study.

Schoppe said the critically endangered status was given because its population was expected to face an 80 percent decline in the next 21 years, or within the next three generations of pangolins.

It was also based on the apparent exploitation of the species in the past few years and the inferred continued exploitation in the next two generations.
“The overexploitation is compounded by the limited range of the species. The Philippine pangolin has the smallest range of all eight species … [with] only over 14,000 square kilometers,” said Schoppe, who also leads the Palawan Pangolin Conservation Program at the Katala Foundation.
Decreasing natural habitat due to aggressive development and the likelihood of law enforcement changes to prevent overexploitation were also considered factors in the new assessment.

“There is currently weak evidence that demand reduction efforts in key consumer countries for Asian pangolin products and derivatives, which theoretically could lead to a reduction in harvest, are effective,” the assessment read.

At present, no one knows the total number of these nocturnal mammals still in the wild. Recent research by Katala Foundation estimates at least one adult pangolin per square kilometer living in the forests of Palawan.

In September, however, 1,151 kilograms of pangolin scales were seized in Palawan’s capital city, Puerto Princesa. To obtain these, at least 3,200 pangolins had to be killed, Schoppe said.

“The revised IUCN assessment is warranted in light of persisting poaching and trafficking of the Philippine pangolin,” said Emerson Sy, executive director of the Philippine Center for Terrestrial and Aquatic Research.

Since 2015, the Palawan Council for Sustainable Development has assessed the species as critically endangered. It has also been listed in Appendix I of the Convention on International Trade in Endangered Species of Wild Fauna and Flora, making it also critically endangered for law enforcement purposes. Despite increased awareness and conservation efforts, as well as more rigorous efforts from law enforcement, Philippine pangolins remain heavily hunted due to the steep prices that they fetch in the black market.

A single live pangolin can reach up to P25,000, according to wildlife law enforcers. Their scales can sell for as much as P9,700 a kilo, while pangolin meat can fetch up to P250 per kilo.

The loss of Philippines pangolins, only two steps away from extinction, could eventually lead to an imbalance in the ecosystem. Schoppe said pangolins could help reduce pest species since they feed exclusively on termites and ants, while their digging habits also aerate soils.

“[Their] survival does not alone depend on research and resources, but to a large extent on demand reduction and law enforcement and political will,” she said. “We cannot turn the clock back, but we can admit that what happened in the past and in the present is wrong.”