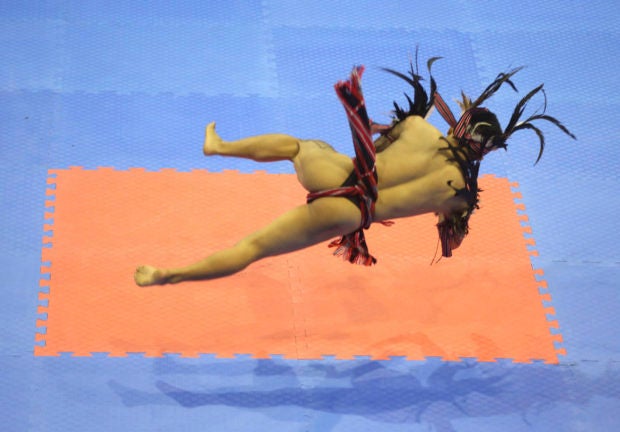 CLARK FREEPORT—The 30th Southeast Asian Games in the Philippines, which drew to a close on Wednesday, produced some unusual and unforgettable moments.

Here are five of the most memorable:

Super surfer Filipino gold medalist Roger Casugay was hailed as a hero after he leapt from his longboard to help Indonesian competitor Arip Nurhidayat who got into difficulty in choppy waters.

“I told him not to say sorry because that’s the way it is. There is no way of knowing what will happen,” said Casugay, 25.

The SEA Games marked a first crack at the sporting mainstream for esports which was a full medal event at an Olympic-recognized multisport competition for the first time.

Singaporean swimmer Joseph Schooling beat his idol, US legend Michael Phelps, to win Rio Olympic gold in the 100-meter butterfly, but was worryingly out of form and shape just seven months from Tokyo 2020.

Schooling, 24, admitted he needed to fix his physique after winning only one individual gold and after being beaten twice by younger teammates and having to settle for silver each time.

The loudest cheer at the opening ceremony came when President Duterte, seated alongside Sultan of Brunei Hassanal Bolkiah, was seen on his feet and shaking his hips as the national athletes paraded around the indoor Philippine Arena.

A Filipino martial artist almost gave up a chance of gold when he refused to don underwear beneath his loincloth in respect to his Ifugao Igorot culture.
Crisamuel Delfin eventually topped the podium in the arnis competition, but only after he was persuaded to sport a bikini-type thong.—AFP