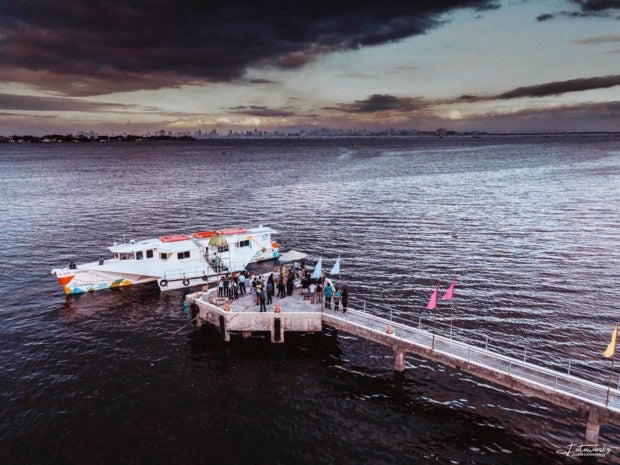 FERRY RIDE The resumption of the Cavite-Manila ferry service is seen to ease road congestion in Cavite province and reopen an important water route across Manila Bay. PHOTO COURTESY OF CAVITE CITY GOVERNMENT

SAN PEDRO CITY—The reopening of Cavite City’s ferry terminal meant not only reviving a historic water route but bringing Cavite province’s residents closer to the center of trade and education in Metro Manila.

For several decades, after the ferry operation stopped in the 1990s due to poor business, residents from Cavite City had to endure three to four hours of land travel that cut across the towns of Naic and Kawit in Cavite.

There was an attempt, sometime in 2008, to revive the ferry system but this, too, did not push through due to “some problems with the private investor,” said city administrator Allison Santiago.

The terminal right behind the City Hall belongs to the Philippine Ports Authority (PPA) but the city government is pushing that its management be transferred to the local government, following the launch of the new ferry system by the Department of Transportation (DOTr), the Maritime Industry Authority and the PPA this week.

On its maiden voyage on Monday, “many of the passengers were students [studying] in Manila and government employees who were too excited to try it out,” Santiago said on Wednesday.

After that, a one-way fare is set between P160 and P200, depending on one’s destination, but the DOTr said it was negotiating for a lower fare.
“I think for those with businesses, that’s okay. But for students, it seems [a bit expensive]. We’re working on getting fare discounts for Cavite City residents,” Santiago said.
So far, two ferry trips leave Cavite City for Liwasang Bonifacio (Lawton) in Manila at 5:15 a.m. and for the Cultural Center of the Philippines Complex in Pasay City at 7 a.m.

From Manila, return trips are available in the afternoon.

“Now it takes about 15 minutes to get to MOA (Mall of Asia in Pasay City) and 45 minutes to reach Lawton,” Santiago said.Cavite City, a peninsula that juts out into the Manila Bay, was once a trading hub of Spanish galleons that took the same water route. The city, for many decades in the past, also served as a naval base of the American forces during the war.

The Cavite-Manila Ferry Service was part of the present government’s “water jeepney” project that first took off in Cebu. Cavite City Mayor Bernardo Paredes said it would provide an “alternative means” of transportation to ease the congested roads in Cavite.
—MARICAR CINCO