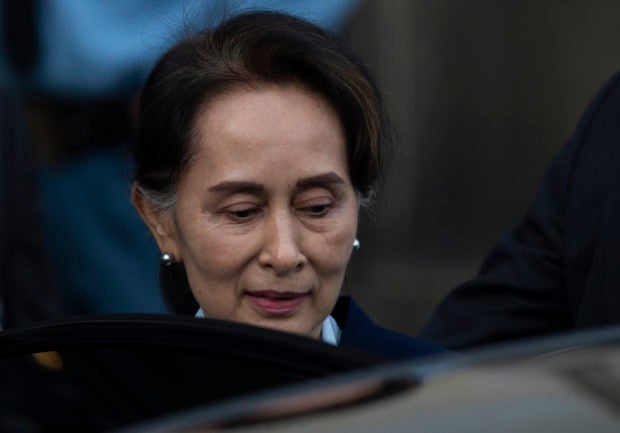 ISLAMABAD — Seven Nobel peace laureates, in a statement, have called on Myanmar leader Aung San Suu Kyi to acknowledge the crimes committed against Rohingya Muslims and hold the country’s army commanders responsible, it emerged on Tuesday.

The case before the International Court of Justice (ICJ) in The Hague relates to a harsh counterinsurgency campaign waged by the Myanmar military against members of the country’s Muslim Rohingya community in August 2017 in response to an insurgent attack.

West African country Gambia filed the case at the ICJ on behalf of the Organization of Islamic Cooperation, reported Anadolu Agency.

The case alleges that Myanmar’s actions against the Rohingya are genocidal in character because they are intended to destroy the Rohingya group in whole or in part. Myanmar has strongly denied the charges but says it stands ready to take action against wrong-doers if there is sufficient evidence.

“We call on Aung San Suu Kyi, a Nobel Peace Prize recipient, to publicly acknowledge the crimes, including genocide, committed against the Rohingya,” the statement read.

“We are deeply concerned that instead of condemning these crimes, Aung San Suu Kyi is actively denying that these atrocities even occurred.

“As people of peace, we urge Aung San Suu Kyi to address the systematic discrimination of the Rohingya in Rakhine State, and ensure the Rohingya’s right to nationality, land ownership, freedom of movement and other fundamental rights.”

More than 700,000 Rohingya fled to neighbouring Bangladesh to escape what has been called an ethnic cleansing campaign involving mass rapes, killings and the torching of homes.

Suu Kyi, who was awarded the 1991 Nobel Peace Prize for championing democracy and human rights under Myanmar’s then-ruling junta, will lead her country’s delegation to The Hague in her capacity as foreign minister.