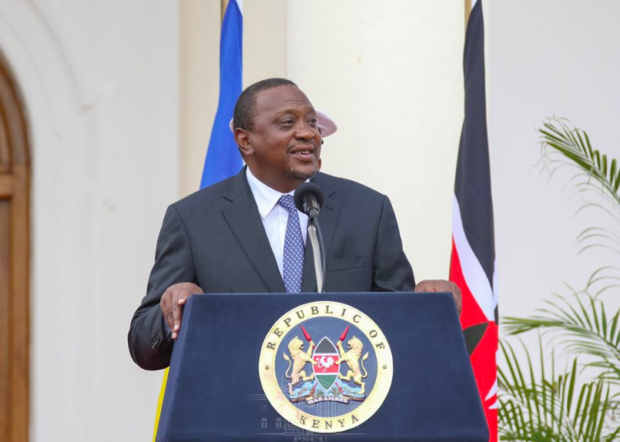 A middle-aged man appears to be willing to do anything to get a job in Nairobi, Kenya as he stopped their president’s convoy to appeal to the leader of their state.

The man, identified as Univalies Nyabuto, interrupted President Uhuru Kenyatta’s motorcade to express his desire to join Kenya’s defense forces on Tuesday, Dec. 10. Nyabuto held up a placard with his request, as per K24 TV on the same day.

“Your Excellency, kindly offer [me] a chance to join the Kenya Defense Forces,” the placard stated. “[I am] sorry for disrespect[ing] your security. Please Mr President. Nyabuto.”

President Kenyatta was on the way to the State House, as per report, after attending a summit for the African, Caribbean and Pacific (ACP) Groups of States in the Kenyatta International Convention Center.

The two-day summit hosted by the country was meant to finalize negotiations and agreement revisions to help improve the participating countries’ conditions, according to the World Health Organization on Dec. 9.

Nyabuto was immediately arrested and taken to the police station, the report stated. His placard was also confiscated by the police. Cha Lino/JB