MANILA, Philippines — Filipino boxing icon and Senator Manny Pacquiao has finally received his college degree from the University of Makati.

A photo released by his office showed Pacquiao attending the graduation rites on Wednesday afternoon wearing his toga. 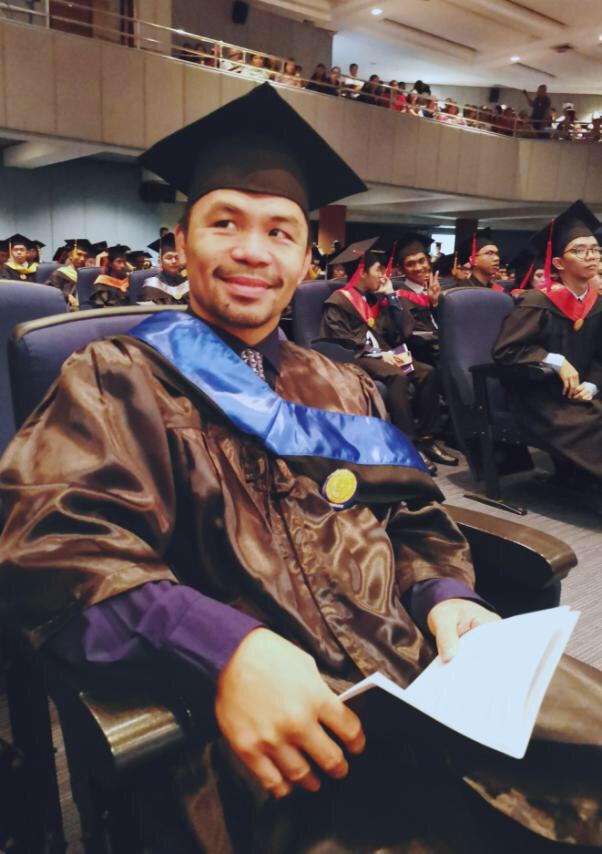 FROM BOXING BELT TO COLLEGE DIPLOMA. Senator Manny Pacquiao attends the graduation rites at the University of Makati on Wednesday, December 11, 2019, to receive his degree in Political Science. (Photo from Sen. Pacquiao Office)

Prior to studying at UMak, Pacquiao enrolled in Notre Dame of Dadiangas University in General Santos City under its business management program in 2008.

He completed his primary education at Saavedra Saway Elementary School in General Santos City but dropped out of high school due to poverty.

The senator earned his high school diploma in 2007 after passing the accreditation and equivalency test under the Department of Education’s Alternative Learning System.