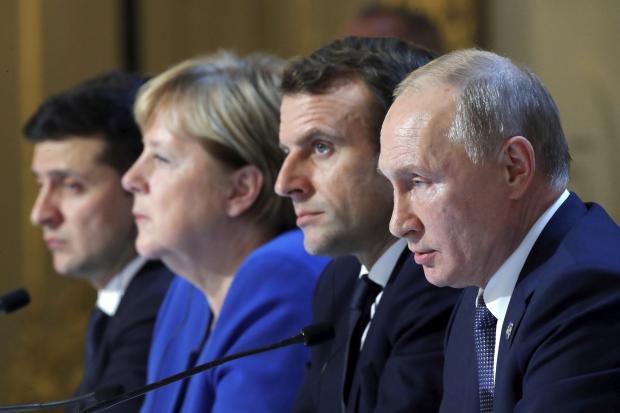 KYIV, Ukraine — Separatists in eastern Ukraine say they are ready to swap prisoners with Kyiv in an exchange announced by the Russian and Ukrainian presidents after peace talks in Paris on Monday.

At the first meeting between new Ukrainian President Volodymyr Zelenskiy and Russian President Vladimir Putin, the two leaders failed to find a compromise to bring an end to the 5-year-old war that has killed 14,000 people, but agreed to revive the peace process and and exchange all their prisoners.

After the talks, Zelenskiy told Ukrainian reporters that 72 Ukrainian prisoners may return home by the end of the year.

Separatists officials said Tuesday they are prepared to swap 53 Ukrainians for 88 rebels by the end of the year.

The last major prisoner swap between separatist rebels and Ukrainian forces took place in December 2017, with the two sides exchanging 233 rebels for 73 Ukrainians.