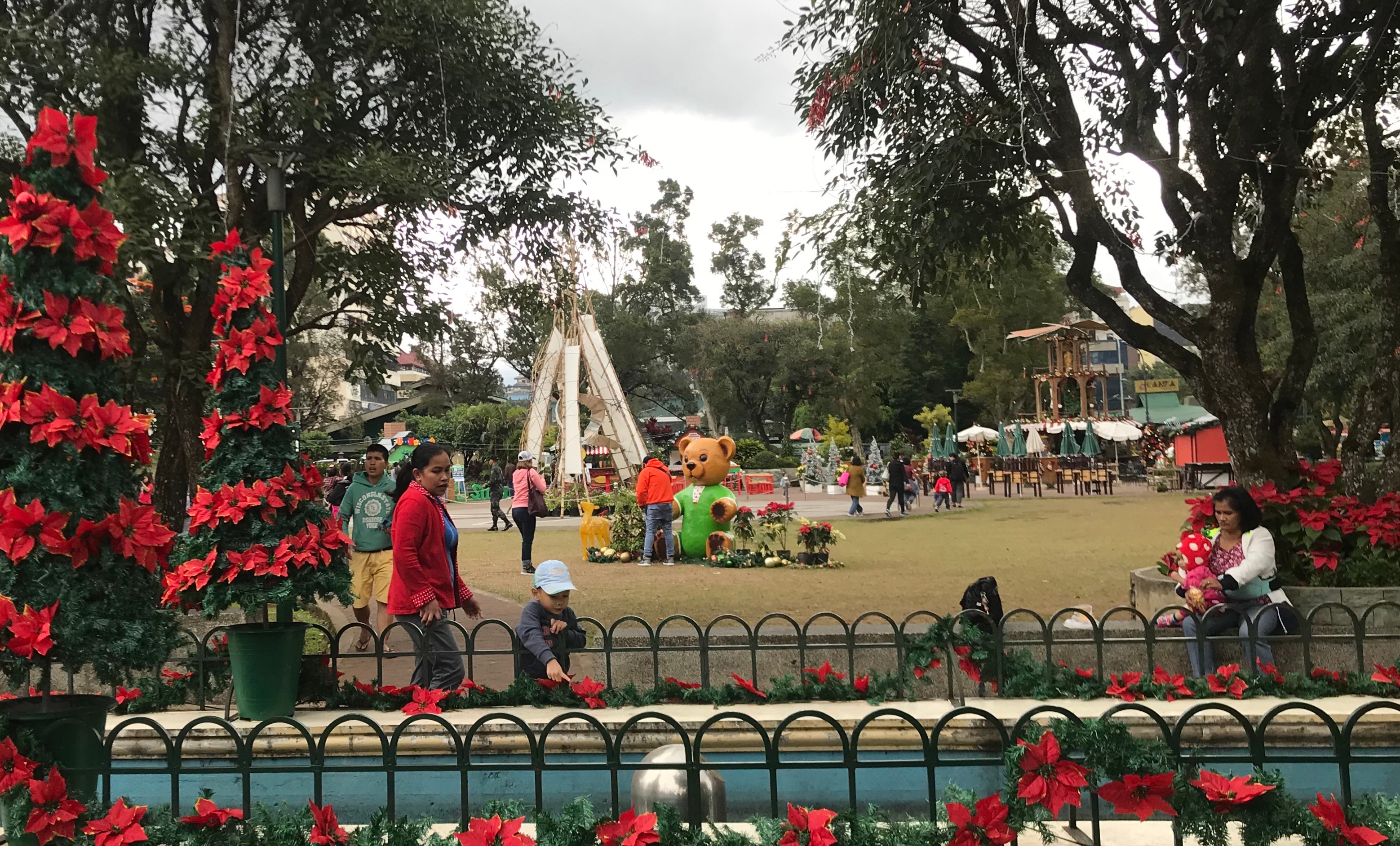 Magalong apologized to the council during its session this week, following criticisms about a set of European-inspired “chalets” put for a “Christmas Fair” at the park’s Rose Garden.

During the council’s Dec. 2 session, Vice Mayor Faustino Olowan called the mayor’s attention to a chalet run by a beverage company that sold beer at the park.

Several councilors objected to other chalets, which sold Baguio jams and souvenirs, fruits and vegetables, and barbecued snacks in violation of a 1994 trade fair ordinance that prohibits the commercialization of Baguio parks. Photographs of the violations taken by a councilor were flashed on the screen at the session hall.

The public-private advisory group Baguio Tourism Council (BTC), chaired by Magalong, had organized the city’s yuletide program and formally acknowledged “lapses” it had since corrected, during the council’s Dec. 9 session.

BTC said it immediately stopped the beverage company on Nov. 23 from selling a new product, which it mistakenly assumed was permitted under its sponsorship arrangement.

“These are birth pains. This is the first time we (undertook this Christmas project). We will learn from it and we hope the City Council will allow us to hold similar activities next year,” Magalong told the councilors.

He said the BTC had been idle for seven years due to a private sector concern that “they were not getting enough support from the city government.”

The mayor said he reactivated the BTC, which volunteered to raise money to finance some of the city streets’ yuletide decorations, including the Christmas tree.

BTC also shouldered the logistical expenses for the Philippine Philharmonic Orchestra and the Bayanihan Folk Dance Company, which performed at the Rose Garden late last month.

Proceeds from the “Enchanting Christmas” activities would pay for other projects such as a December 25 soup kitchen, said filmmaker Ferdinand Balanag, who was tasked to curate the city’s yuletide program.

“None of this money will go to us. We are doing this for free,” he told the councilors.

City workers built the chalets, which were originally intended to showcase European products.

But BTC officials said they were persuaded to promote homegrown producers instead. Among them were small business owners, like Frida Fernandez, who informed the Council that she sold hand-painted bags at a chalet operated by a government agency.

Olowan said the Council had not been properly informed about these details and changes to the program.

The council’s objections, as well as public complaints about the latest breach of the trade fair law, stirred social media disputes.

As for the trade fair prohibitions, BTC asserted that “Enchanting Baguio Christmas” and other city government-sponsored programs, like the Baguio Flower Festival, are exempted from the coverage of the trade fair ordinance based on City Resolution No. 11-A that was issued in 2014.

However, Tabanda, a lawyer, advised the BTC to secure special business permits for its chalet retailers because the resolution does not overrule the original trade fair ordinance./lzb