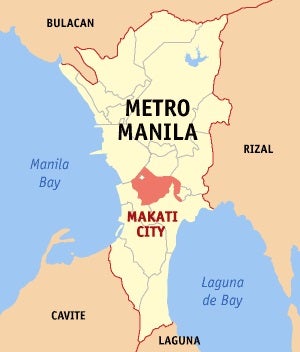 MANILA, Philippines — Police identified on Tuesday the victim of the Dec. 9 abduction that reportedly happened along Paseo de Roxas in Makati City.

Ines also identified Zhou’s live-in partner as Chen Tangbin. Investigators found Chen’s name and address at a deed of sale document that was recovered at the scene of the alleged kidnapping incident.

In a follow up investigation, Ines said investigators went to Cheng’s condominium unit along Legaspi Village in Makati City to talk with the security guard. The security guard told police that Cheng was seen going out of the place in a hurry for an alleged “transaction” he would undertake.

“Yung [live-in partner] [Chen] na… hinihingan ng pera. Hindi pa confirm kung hinihingan or bayad sa Chinese [The live-in partner mentioned about someone asking money. It was not confirmed if someone was asking for money or someone was giving money],” Ines told reporters at the Makati Police headquarters.

Ines noted that Chen’s unit was near the alleged abduction site along Paseo de Roxas avenue.

Simon said police are still waiting for Chen to cooperate with Makati police to help with the case.

(We haven’t talked to the live-in partner of the victim. What we want is to talk to him but until now we can’t locate him.)

Ines confirmed that Zhou and Chen are workers at a Philippine offshore gaming operators (Pogo) firm.

(They have positions at Pogo because they are renting at a condominium unit worth P50,000.)

Recently, the Makati government declared an indefinite suspension on issuance of business licenses and permits to Pogo providers due to the rise of crimes, including prostitution, involving Pogo employees and providers.

Ines also said Zhou could have connections with the suspects because she voluntarily went inside the vehicle before she was abducted.

“Malamang kakilala kasi kusang loob siya pumunta [It is possible that they know the victim because the victim voluntarily went inside the vehicle],” Ines said.

Initial investigation showed that Zhou went inside a gray van with three Chinese men. Minutes later, Zhou started shouting and tried to force her way out of the vehicle but was unable to escape the van.