NEW YORK  – New York billionaire Michael Bloomberg launched his campaign less than three weeks ago, but he is already making his first foreign trip as a presidential candidate. 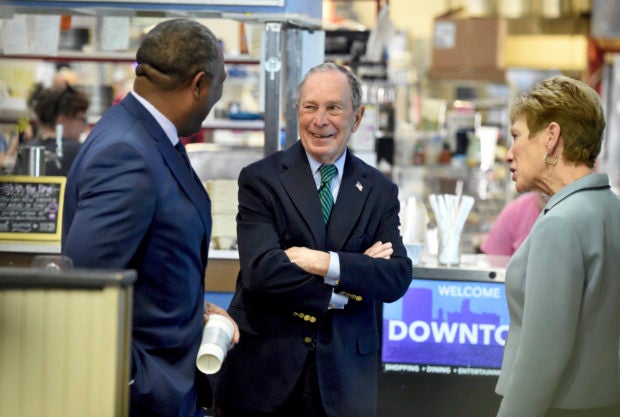 The Democrat will appear Tuesday at a United National global climate conference in Madrid, where he’ll share the results of his private push to organize thousands of U.S. cities and businesses to abide by the terms of a global climate treaty that the Trump administration is working to abandon.

The appearance comes as Bloomberg, a former Republican whose dedication to the environment earned him the designation of special UN envoy for climate action, tries to find his footing in the 2020 Democratic presidential primary election.

It’s rare for a presidential candidate to step onto the international stage before securing the nomination, and virtually unheard of for a candidate to do so in the first month of his or her candidacy.

Earlier this year, Bernie Sanders appeared in Canada to highlight his fight to lower prescription drug costs, while former candidate Beto O’Rourke met with asylum seekers in Mexico. Both men represented states that bordered those countries, however, and there were no formal talks with foreign leaders involved.

Bloomberg shared his plan to appear at the global climate conference on social media on Monday.

“I’m going to the climate summit in Madrid because President Trump won’t,” he said, adding that he plans to “meet with environmental leaders from around the world about next steps on tackling the climate crisis.”

Bloomberg also vowed in a statement to rejoin the Paris climate agreement in his first official act as president.

Campaign aide Brynne Craig said climate would be “a central issue” for Bloomberg this week and throughout his presidential run.

She said the issue “is near and dear to his heart” and “a front-of-mind issue for Democratic voters.”

The 77-year-old billionaire has used his wealth to make an impact in the global fight against climate change and in his 2020 presidential campaign.

He is largest donor in the history of the Sierra Club, and he has spent more than $60 million in the first two weeks of his campaign on television ads now running in all 50 states.

Many progressives remain resistant to his candidacy.

“How many self-declared climate champion billionaires does the race need? The answer is none,” said Mitch Jones, climate and energy program director for the group Food & Water Watch, which has been critical of Bloomberg’s pragmatic approach to fighting climate change. “This is just Bloomberg trying to insert himself into international climate negotiations to bolster his campaign.”

Bloomberg’s presidential campaign released a new online video ad contrasting his message on climate change with that of Trump, who served formal notice last month that the U.S. intends to become the first country to withdraw from the Paris accord.

AP VoteCast, a nationwide survey of the American electorate, found that 92% of people who voted for Democrats in the 2018 midterms said they were at least somewhat concerned about climate change. Seventy percent said they were very concerned.