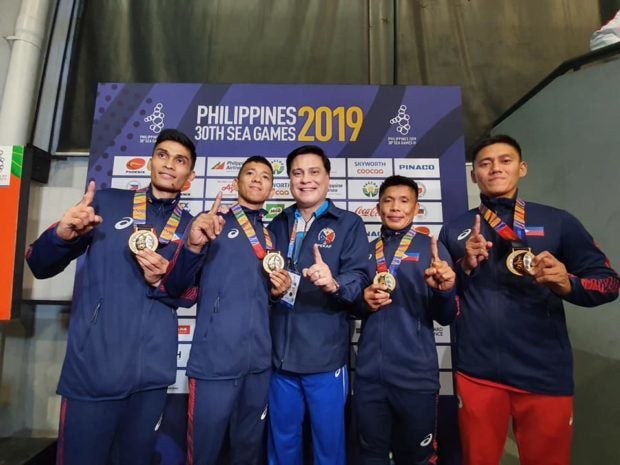 MANILA, Philippines — As the Senate commended the Philippine Arnis Team for its “resounding victory” at the 30th Southeast Asian (SEA) Games, Senator Lito Lapid offered the winning players lead roles in the second installment of a 1986 film he starred in.

In a manifestation on Monday, his first under the 18th Congress, Lapid commended and congratulated the Philippine Arnis Team for reaping medals at the 30th Southeast Asian (SEA) Games.

Before this, Villanueva sponsored on the floor Senate Resolutions No. 251 and 252 which commended and congratulated Zubiri and the Philippine National Team for Arnis for its “resounding victory” at the SEA Games as it bagged a total of 20 medals during the competition.

Zubiri is the president of the Philippine Eskrima Kali Arnis Federation.

Republic Act No. 9850 declared Arnis as the national martial art and sport of the Philippines.

Lapid then recalled a movie he starred in titled “Kamagong” which featured him as an “arnisador.”

“Arnis, first and foremost, is a mind sport, which means one must read the opponent long before he steps into the arena. On this, Migz has done his part,” he said.

“So it comes as no surprise that the Philippine Arnis Team, chaired by the eskrima master from Bukidnon, lorded over their competitors in the current regional games held in our country,” he added.

In response, Zubiri thanked his colleagues “for honoring me and the team.”

“It is an honor for me…It means a lot to me that the leadership and my peers recognize what we have dine but All what I have done is nothing as compared to what the players had done,” he added.