10 ways the Inquirer is taking on the new media challenge

INDUSTRIAL HARMONY Almost 180 Inquirer employees are in for more benefits, including wage increases, thanks to a three-year CBA package signed by the union and management in August.

Print is dying—and the Philippine Daily Inquirer with it? Don’t hold your breath.

Marking its 34th anniversary today, the Inquirer continues to count milestones as a company and as a media institution, with major leadership changes and fresh business initiatives strengthening the organization and pushing its brand of journalistic excellence.

The changing of the guard in the newsroom started with the untimely demise of longtime editor in chief Letty Jimenez-Magsanoc, or LJM to the Inquirer family, on Dec. 24, 2015. Managing editor Jose Ma. Nolasco assumed the role of executive editor. Following JDN’s retirement on Feb. 22, the leadership of the newsroom passed on to the young turks.

Here are 10 ways that the Inquirer is taking on the challenges of the new media landscape: 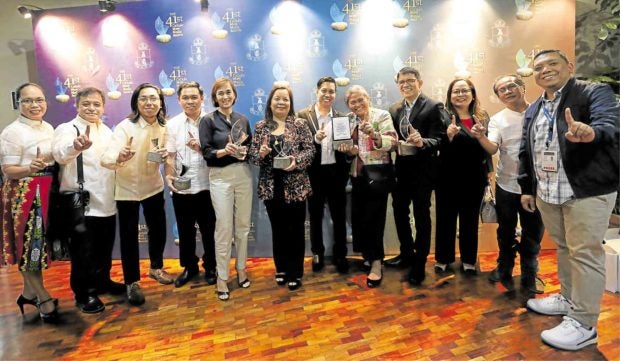 CELEBRATING EXCELLENCE The Inquirer won in every category it was nominated in at the 41st Catholic Mass Media Awards.

The newsroom’s lean-and-mean team of section and copy editors remains a steadying presence, lending experience and insight in the daily vetting, styling and polishing of content.

2 At the annual general assembly on March 20, Inquirer president and CEO Sandy Prieto-Romualdez announced this writer’s appointment as associate publisher, to hold oversight responsibility on the paper and act as management’s senior representative in the editorial department. The position also entails heading the Inquirer Investigative Team, as well as being the Reader’s Advocate who addresses concerns from readers and other stakeholders.

3 The business side of the paper also received an infusion of young blood with the appointment of lawyer Rudyard Arbolado as chief operating officer last Jan. 1, succeeding longtime COO Rene Reinoso who remains president of DAG Express, a member of the Inquirer Group of Companies (IGC).

Raul Palabrica, the Inquirer’s legal counsel and Reader’s Advocate for five years, took over as company chair after Marixi Rufino-Prieto went into retirement to spend more time with her family and grandchildren, and give way to new leadership. 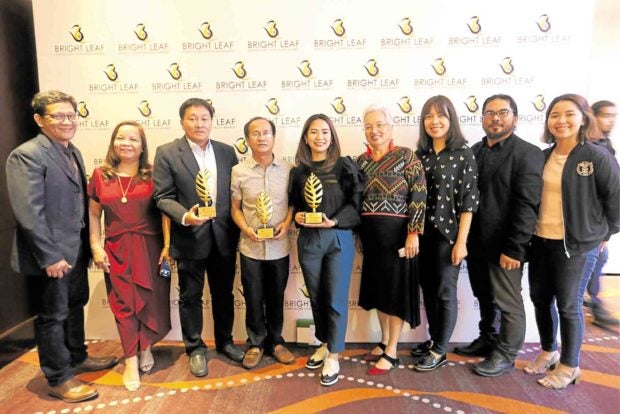 BOUNTIFUL HARVEST Three of the Inquirer’s own get recognized for the best stories and photograph in the recent Bright Leaf Journalism Awards for Agriculture.

These top-level changes have promoted closer collaboration between the editorial and business departments, the better for the company to cope with the disruptions and challenges that the new media landscape has wrought on the print industry.

4 Inquirer officers and employees now get to hear the “State of the Business Address,” or Soba, from COO Arbolado every quarter, allowing for more transparency in matters involving the company’s financial performance.

5 With a healthier income stream, the paper has invested in a new, multimillion-peso content management system (CMS) that will replace the long-used Tera program. With the CMS transition are potentials for new forms of content and other products for readers in the Inquirer’s print, online and mobile editions. The Inquirer also partnered with Layout International, a Dubai-based company offering cutting-edge technology solutions to bring in its new technology infrastructure. 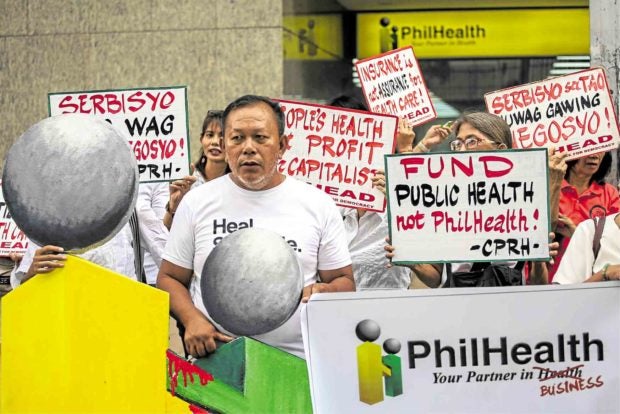 7 The Inquirer continued to produce agenda-setting investigative reports on burning issues, including an exclusive series on the irregularities hounding Philippine Health Insurance Corp. (PhilHealth). Published from June to July, more than 20 stories exposed “ghost” patients, fake members and fraudulent schemes, prompting President Duterte to order a revamp of the state health insurance company’s top officers and the investigation and prosecution of those involved in the scam.

8 A rich harvest of prestigious awards marked the Inquirer’s 34th year. These included the Catholic Mass Media Awards, the Economic Journalists Association of the Philippines Awards and the Bright Leaf Journalism Awards for agriculture reporting. The Inquirer was also recently named “Newspaper of the Year” by the Rotary Club of Manila and by the People Management Association of the Philippines.

9 In a few months, the Inquirer will launch a new app that offers exclusive content to a wider audience. The IGC currently has a total audience reach of 57 million through its print, website, social media apps and other platforms.

10 Like most thriving companies, the Inquirer continues to give back through projects that fulfill its corporate social responsibility.

Thus, in response to recent claims that the Inquirer would close its print edition in four years, president and CEO Sandy Prieto-Romualdez declared: “The Inquirer is here to stay!”

Only in 2016, a new administration averse to critical reporting on the so-called war on drugs and other controversial policies thrust the Inquirer into its crosshairs.

But the Inquirer endures and has begun planning this early for the IGC’s comprehensive coverage of the 2022 presidential election.

It is with this forward-looking mindset and determined momentum that we are marking our 34th year of empowering the Filipino people.