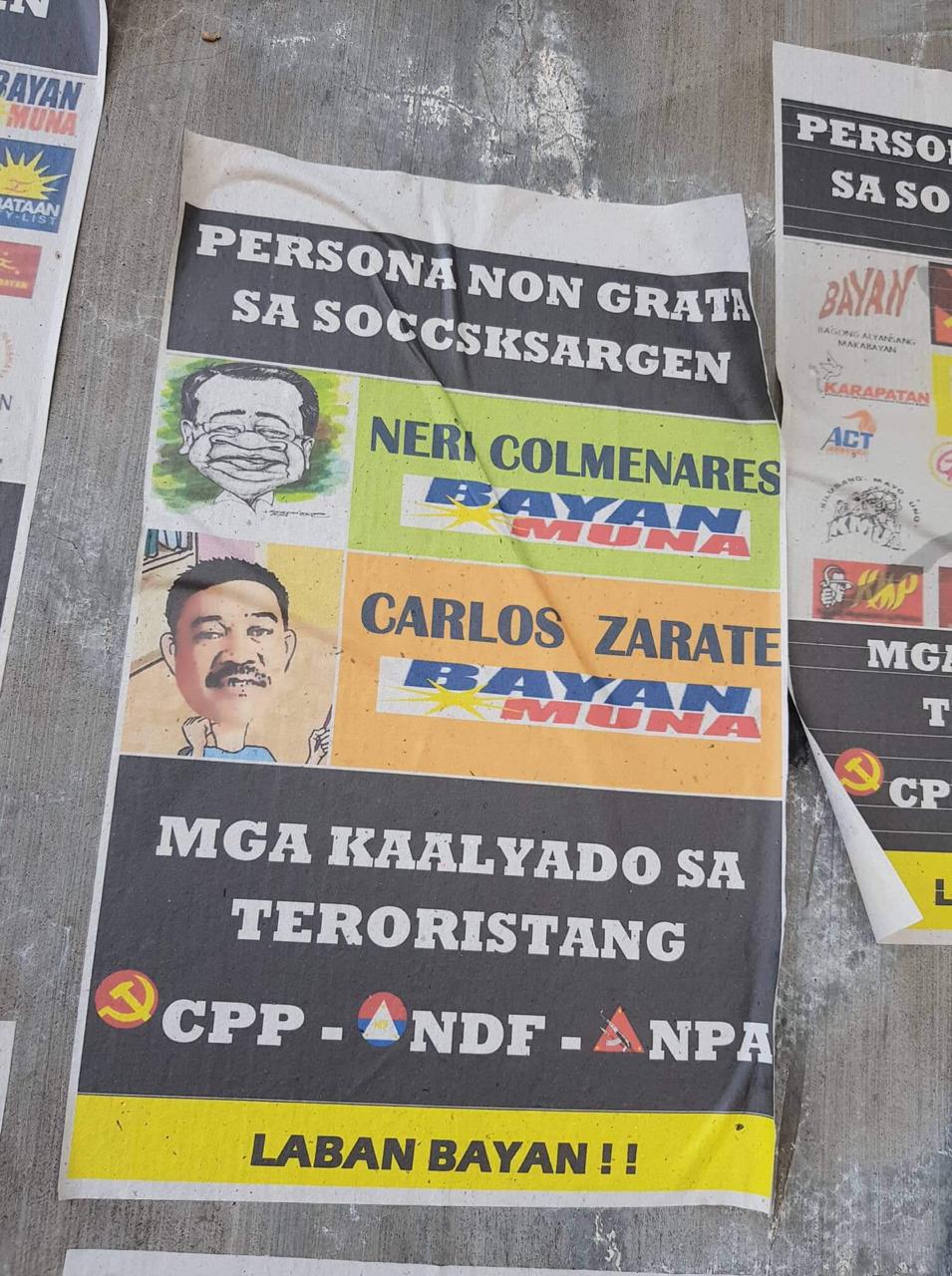 MANILA, Philippines — The National Union of Peoples’ Lawyers (NUPL) on Sunday denounced posters in Leyte which called the group’s president Edre Olalia and Bayan Muna chairman Neri Colmenares as “lapdogs” of the Communist Party of the Philippines (CPP).

NUPL shared photos of the posters put up outside an event for the relaunch of the NUPL Chapter in Tacloban, Leyte.

Olalia said they are looking into legal efforts to respond to the new red-tagging attacks against progressive groups.

“Meantime, we are studying and preparing more surgical legal and metalegal resources to abate these orchestrated red-tagging charades. We continue to just do our work in the service of the poor, oppressed and persecuted,” Olalia said in a statement.

Aside from these posters, NUPL also condemned posters in General Santos, Socckskargen which linked Bayan Muna Partylist, Piston and other progressive groups with communist forces.

The posters were placed outside a venue of the 7th Assembly of Union of People’s Lawyers (UPLM), which is affiliated with NUPL. Olalia was a speaker along with retired Supreme Court Justice Antonio Carpio during the assembly on Saturday.

Olalia described the posters as “vicious, unrelenting though ridiculous but dangerous vilification.”

He said that the controversial paraphernalia will affect the findings of the Office of the Prosecutor (OTP) of the International Criminal Court (ICC) on human rights crisis in the Philippines in 2020.

“These would certainly impact on the OTP’s findings in her conclusion of her preliminary findings in 2020 and of the OHCHR’s comprehensive report to be submitted during the 44th Session of the UNHRC [United Nations Human Rights Council] in June 2020,” he said.

“We will not be distracted nor slowed down. Thank you for effort and the cute and flattering pictures though,” he added. 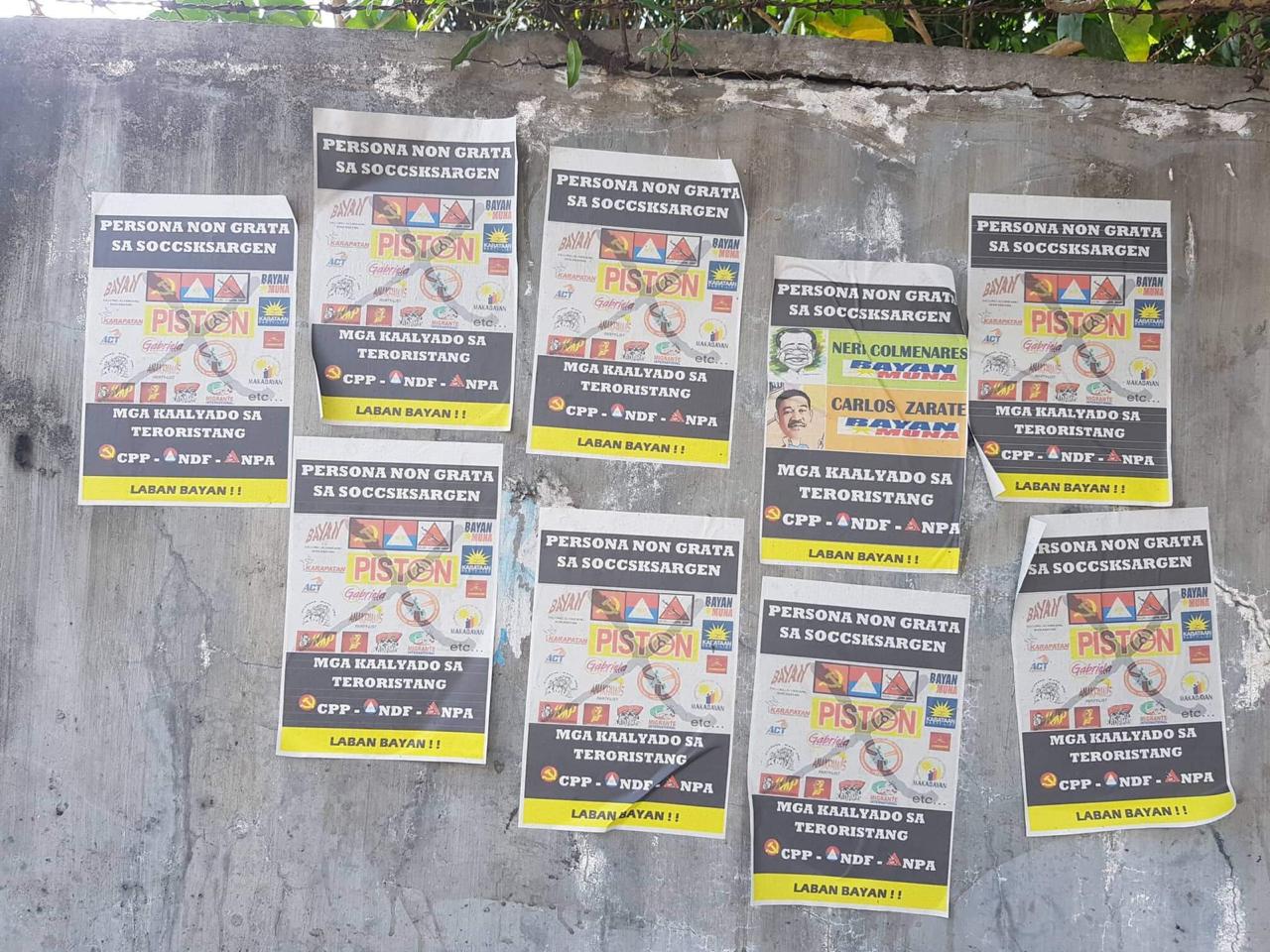