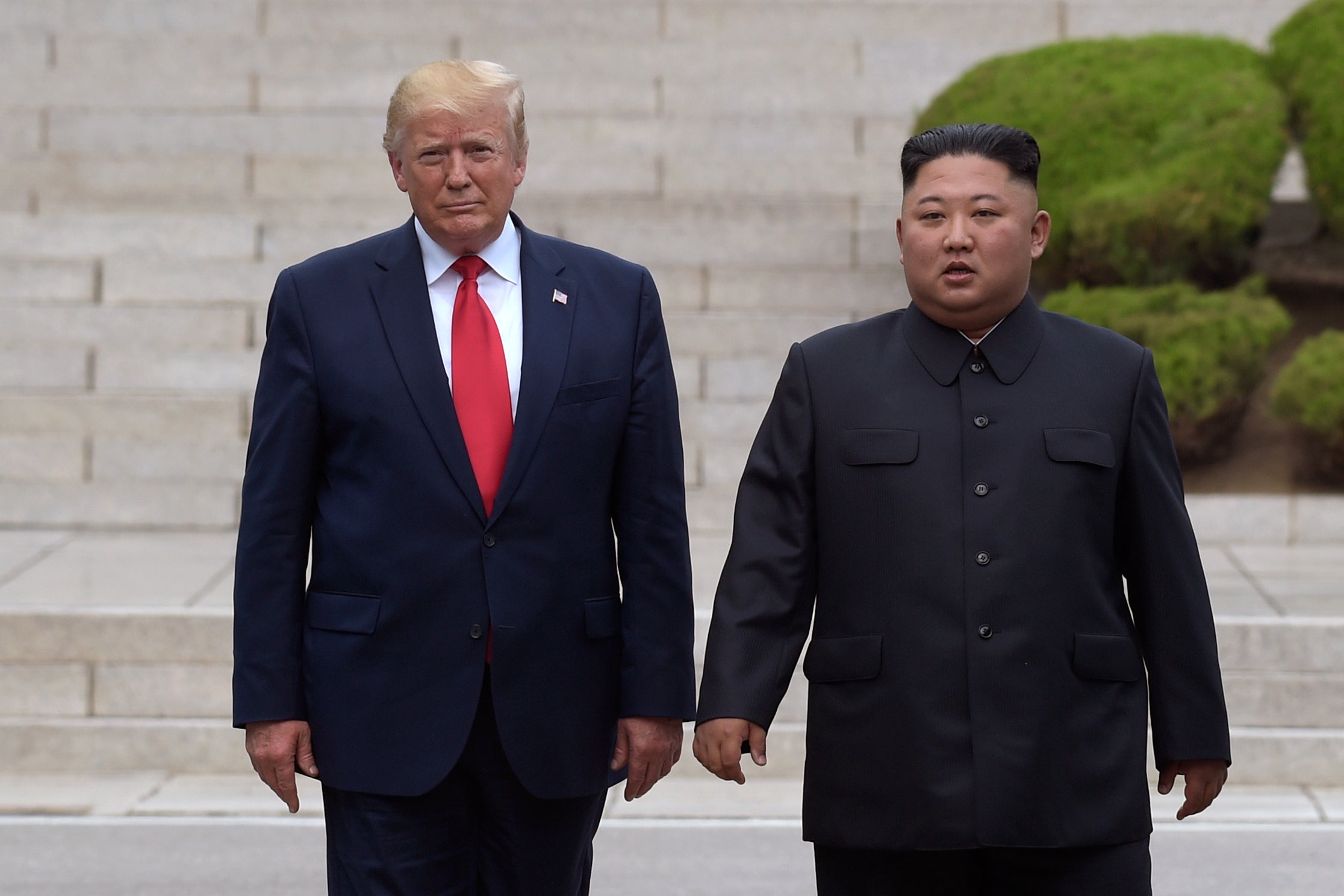 In this June 30, 2019, file photo, President Donald Trump, left, meets with North Korean leader Kim Jong Un at the North Korean side of the border at the village of Panmunjom in Demilitarized Zone. North Korea threatened Thursday, Dec. 5, to resume insults of Trump and consider him a “dotard” if he keeps using provocative language. (AP Photo/Susan Walsh, File)

The announcement comes amid dimming prospects for a resumption of nuclear negotiations between North Korea and the United States, with the North pressing to wrest major U.S. concessions by year’s end.

The Korean Central News Agency said the test was conducted at the Sohae Satellite Launching Ground on Saturday afternoon.

It didn’t say what the test included. But according to recent media reports, a new satellite image indicated North Korea may be preparing to resume testing engines used to power satellite launchers at the site.

The test results will have “an important effect on changing the strategic position of (North Korea) once again in the near future,” KCNA reported.

The Sohae launching center in Tongchang-ri, a seaside region in western North Korea, is where the North has carried out satellite launches in recent years, resulting in worldwide condemnation and U.N. sanctions over claims that they were disguised tests of banned missile technology.

North Korea has said its satellite launches are part of its peaceful space development program. But many outside experts say ballistic missiles and rockets used in satellite launches share similar bodies, engines and other technology.

After North Korea entered nuclear talks with the U.S. last year, Washington and Seoul said North Korea had dismantled parts of its Tongchang-ri facility. But South Korea’s spy agency and some U.S. experts said in March that North Korea was restoring the facility, the assessments that rose doubts over whether North Korea is committed to denuclerization.

U.S.-North Korea diplomacy largely remains deadlocked since the second summit between President Donald Trump and North Korean leader Kim Jong Un in Vietnam in February due to disputes over how much sanctions relief the North must get in return for dismantling its key nuclear complex — a limited disarmament step.

North Korea has since demanded the U.S. to come up with new acceptable proposals by the end of this year. In recent months, North Korea has performed a slew of short-range missile and other weapons launches and hinted at lifting its moratorium on bigger weapons tests, such as nuclear and long-range missiles.

KCNA said the North’s Academy of the National Defense Science submitted a report on “the successful test of great significance” to the Central Committee of the ruling Workers’ Party. The North said last week that the Central Committee will hold a meeting in late December to discuss unspecified “crucial issues” in line with “the changed situation at home and abroad.”

At the United Nations, a statement released by North Korea’s U.N. ambassador, Kim Song, said that denuclearization had “already gone out of the negotiation table.” It said North Korea does not need to have lengthy talks with the United States as the end-of-year deadline set by Kim for substantial U.S. concessions in nuclear diplomacy looms.

The statement accused the Trump administration of persistently pursuing a “hostile policy” toward the country “in its attempt to stifle it.” The ambassador also said Washington’s claims it is engaged in a “sustained and substantial dialogue” with Pyongyang solely for “its domestic political agenda.”

“We do not need to have lengthy talks with the U.S. now and the denuclearization is already gone out of the negotiation table,” he said.

Song’s statement was a response to Wednesday’s condemnation by six European countries of North Korea’s 13 ballistic missile launches since May. He accused the Europeans — France, Germany, Britain, Belgium, Poland and Estonia — of playing “the role of pet dog of the United States in recent months.” He called their statement “yet another serious provocation” against North Korea’s “righteous measures of strengthening national defense capabilities.”

“We regard their behavior as nothing more than a despicable act of intentionally flattering the United States,” Song said.