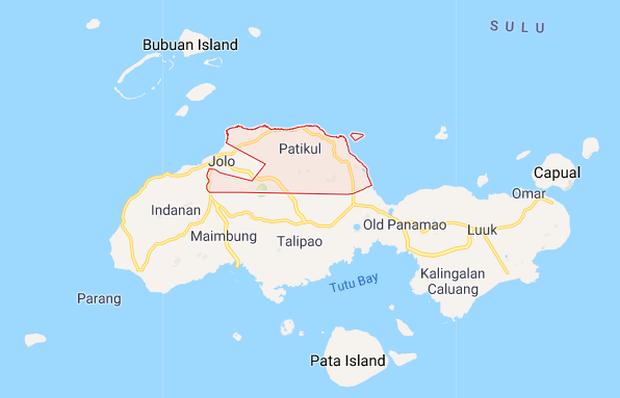 According to Monfort, civilian informants tipped off the troops about the bandits’ presence in the area.

In the wake of the clash, four bandits and a soldier were killed. Another five bandits and four soldiers were also wounded.

The wounded soldiers were rushed for treatment at an Army hospital in Jolo.

But Brig. Gen. Antonio Nafarrete, commander of the Army’s 1101st Brigade, said the body of only one of the four killed bandits were recovered by soldiers for forensic investigation.

“The scattered human flesh and bloodstains in the encounter site is indicative of enormous casualties [on the Abu side],” Nafarrete said.

Monfort said their informants reported about three more Abu casualties apart from the recovered body as a result of the clash.

Recovered from the scene of the armed encounter was an M-16 rifle used by the slain Abu Sayyaf bandit, personal belongings including backpacks, food provisions, and cooking utensils.