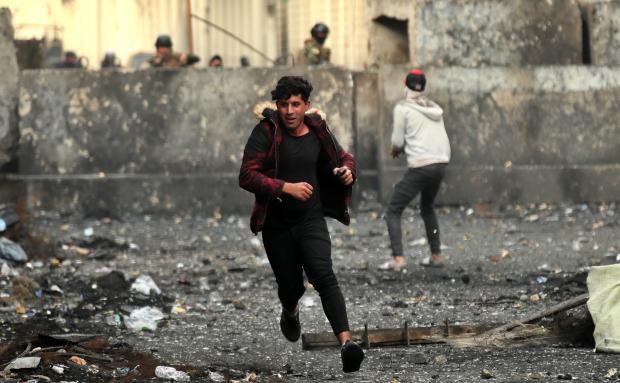 BAGHDAD — Iraqi officials have raised Friday’s death toll to 25 protesters killed and over 130 wounded, after a bloody night of attacks by unknown gunmen that targeted anti-government demonstrators in the capital city.

The health and security officials spoke on condition of anonymity in line with regulations.

The attack was among the deadliest since Oct. 1, when thousands of Iraqis took to the streets calling for sweeping political reforms and the end of Iran’s influence in Iraqi affairs. Security forces regularly use live rounds and tear gas to disperse the demonstrations, leading to heavy casualties.

The gunfire continued until the early hours of Saturday morning. The assailants first unleashed the deadly assault on Baghdad’s Khilani Square and Sinak Bridge, driving through the areas that are the epicenter of the popular uprising.

Anti-government activists have sought to blame supporters of Iran-backed Iraqi militias, which have staged similar attacks against protester sit-ins in the capital and the country’s southern cities.

Iraqi security forces were deployed to streets leading to the square by the early morning.