International Criminal Court says it has no jurisdiction over NK leader 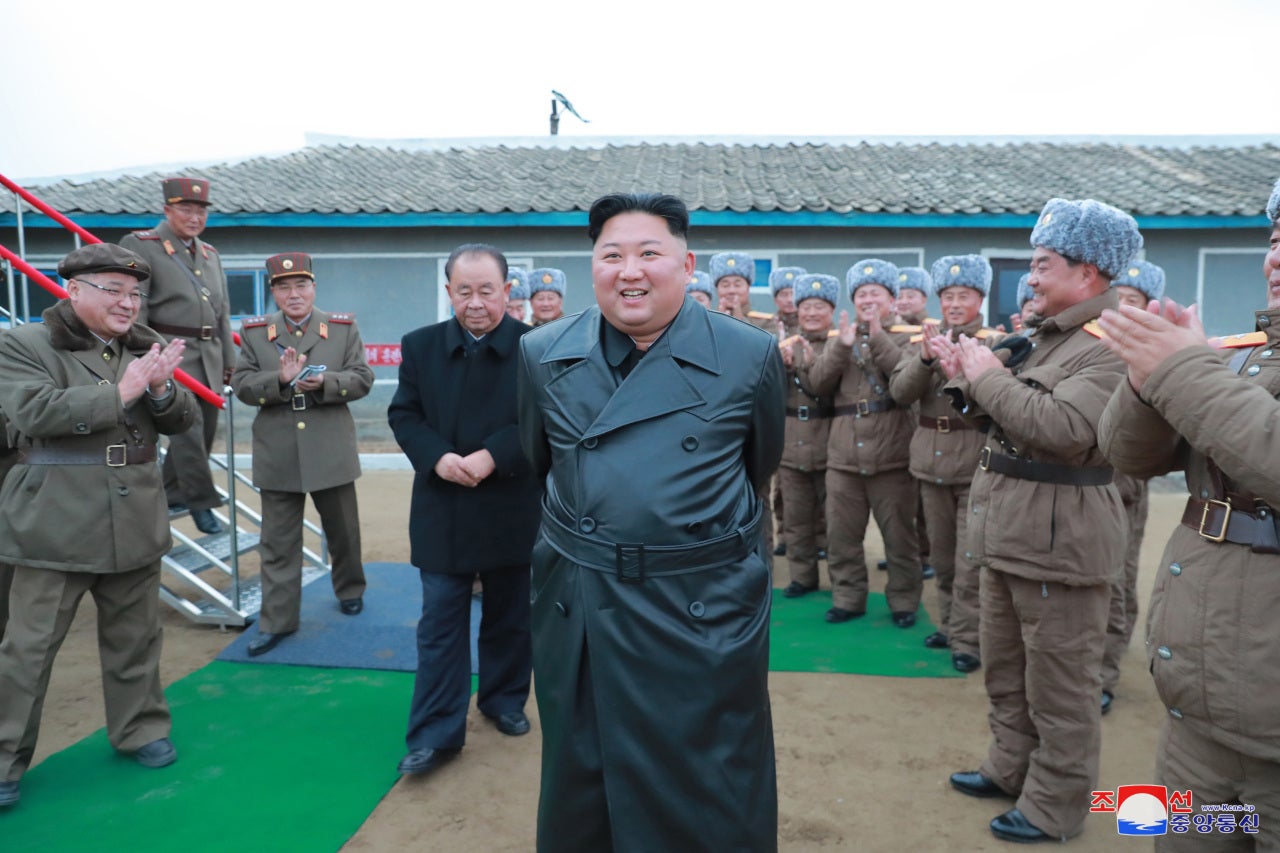 This undated file photo provided on Friday, Nov. 29, 2019, by the North Korean government, shows North Korean leader Kim Jong-un (center) surrounded by a military unit, reacts to what it claims as a test firing of its “super-large” multiple rocket launcher in North Korea. North Korea on Tuesday. (KCNA)

SEOUL — The International Criminal Court said Thursday that it has no jurisdiction over North Korea’s leader Kim Jong-un.

In 2016, leaders of nongovernmental organizations NK Watch and Lawyers for Human Rights and Unification of Korea filed a complaint against Kim with the ICC, holding him responsible for human rights violations in the North.

ICC prosecutor Fatou Bensouda said in its annual Report on Preliminary Examination Activities issued Thursday that the alleged crimes referred to the ICC were neither committed on the territory of an ICC member state nor by a national of a member state, nor has the United Nations Security Council referred the situation in question.

The complainants had said that although North Korea is not an ICC member state, the ICC may exercise jurisdiction over its leader, given that under South Korean domestic law, he may be considered a national of South Korea.

Article 3 of the South Korean Constitution states that “the territory of Republic of Korea shall consist of the Korean Peninsula and its adjacent islands.”

The Inter-Korean Basic Agreement, signed by South and North Korea in 1991, states that “inter-Korean relations are not relations between nations, but special relations established temporarily in the course of pursuing unification.”

However, the ICC prosecutor’s office said the nationality granted by a state on the basis of its domestic laws is not automatically binding on international courts and tribunals.

“Based on the (South Korean) Supreme Court’s interpretation of the ROK Constitution, the South Korean authorities have expressed that there is an ‘assumption’ that North Koreans can acquire South Korean citizenship … such recognition appears to correspond more to an entitlement to South Korean nationality,” the ICC prosecutor wrote in the report. ROK refers to the Republic of Korea, the South’s official name.

Regarding another complaint filed in 2017 alleging that North Koreans are engaged in forced labor overseas that amounts to the crime against humanity of enslavement, the ICC prosecutor said that does not seem to be the case.

While North Korean overseas workers dispatched to ICC member states are reportedly subject to exploitative working conditions, “it does not appear that their situation is, on the whole, comparable to conditions of slavery or amount to the crime of enslavement” under the Rome Statute of the ICC, the ICC prosecutor said.

The Rome Statute, which was adopted in 1998 and went into effect in 2002, establishes the functions, jurisdiction and structure of the ICC, which prosecutes individuals for international crimes of genocide, crimes against humanity, war crimes and crimes of aggression.