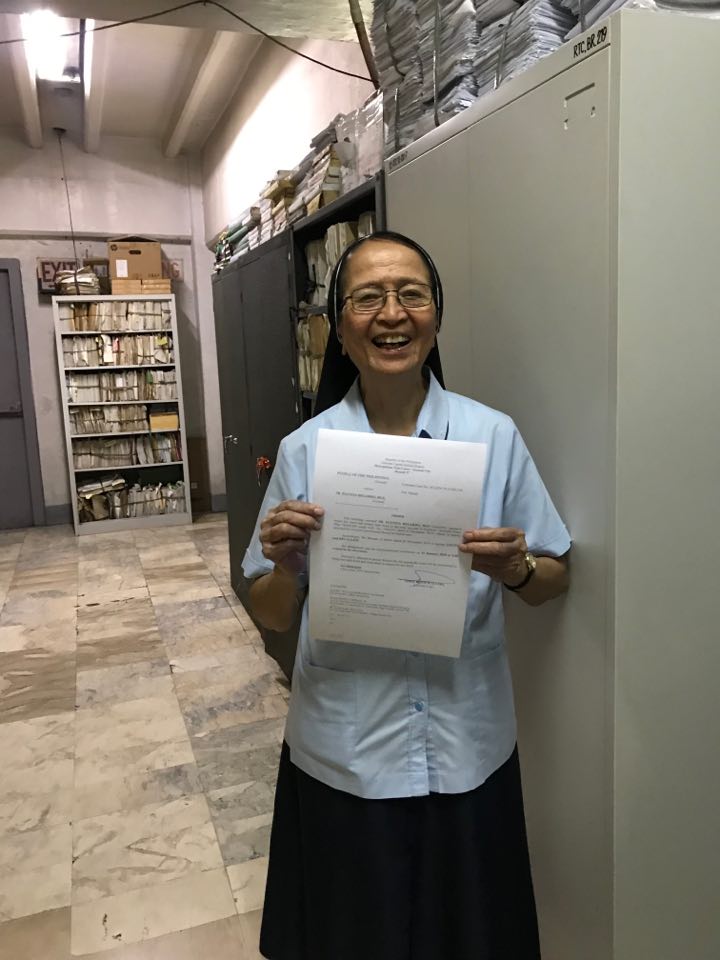 MANILA, Philippines–Sister Elenita Belardo on Friday posted P18,000 bail before the Quezon City Regional Trial Court for her temporary liberty after she was charged with perjury in court.

Sr. Belardo was one of the respondents included in the complaint filed by National Security Security Adviser Hermogenes Esperon last July to counter the petitions for writs of amparo and habeas data filed against him by the Rural Missionaries of the Philippines (RMP) of which 80-year old Belardo was a national coordinator, Karapatan and Gabriela.

Based on the resolution, RMP represented itself as “duly registered with the Securities and Exchange Commission (SEC)” in the case filed against Esperen when in fact, its registration has been revoked as early as 2009.

Sr. Belardo maintained that she believed in good faith that they are registered with the SEC considering that RMP has applied for registration in 2010 and 2018.

“At best, defense of good faith is purely evidentiary which may be threshed out in a full-blown trial,” read the resolution.

The case against Sr. Belardo was raffled to Quezon City Metropolitan Trial Court Branch 37 who issued the arrest warrant.

After posting bail, the Court already issued her release order.