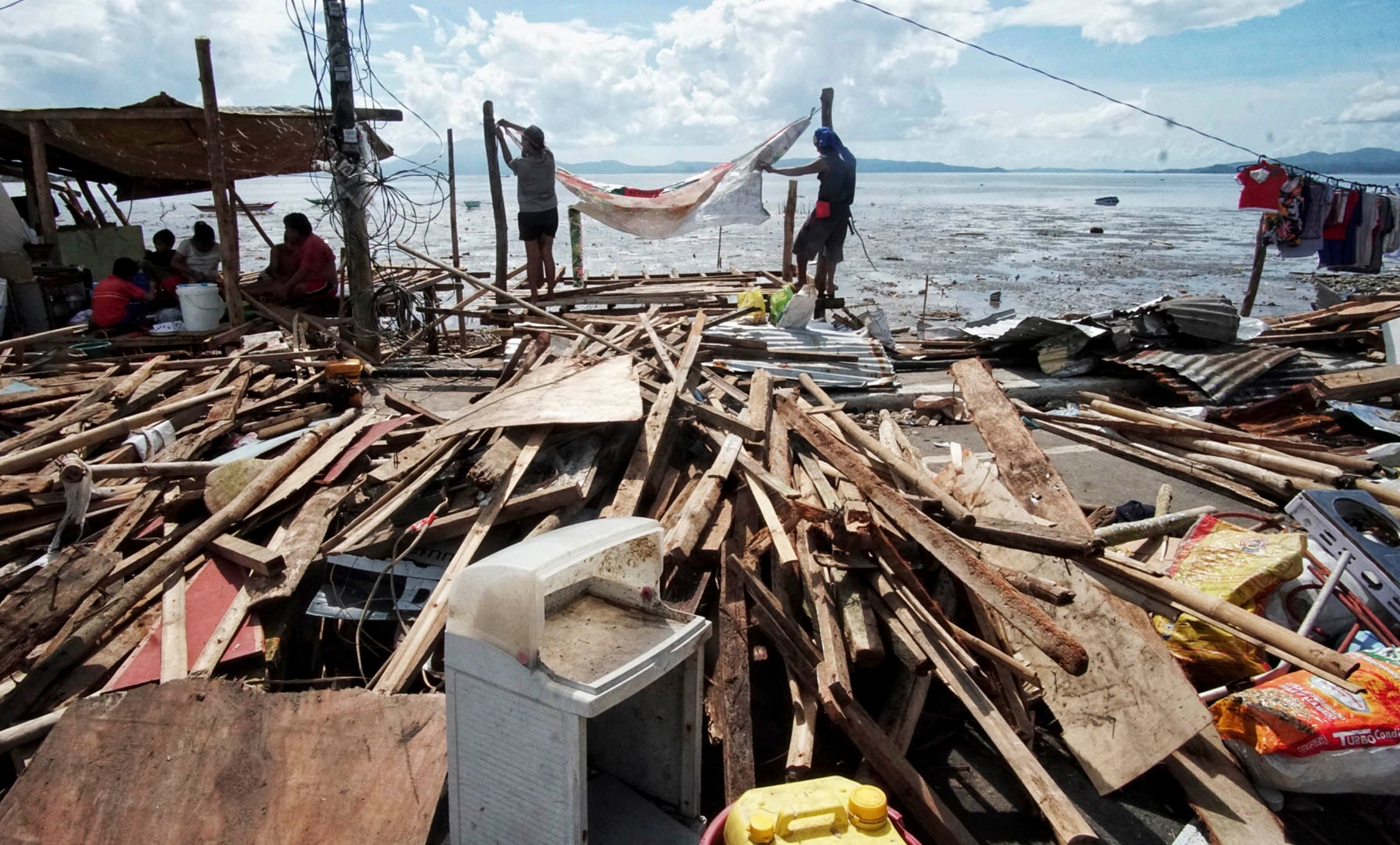 LEGAZPI CITY—More provinces, towns and cities in Southern Luzon, particularly in Bicol region, were placed under state of calamity on Thursday, two days after Typhoon “Tisoy” (international name: Kammuri) left at least 17 people dead and billions of pesos in losses in agriculture and infrastructure.

President Duterte, who inspected typhoon-hit areas in Bicol on Thursday, said he was “more than satisfied” with the response of government agencies and local officials in preparing for the onslaught of the typhoon and its aftermath.

“The government agencies knew what to do before the typhoon hit, when it made landfall, during … the crisis and after. I am more than satisfied by the response,” the President said on Thursday night, as he commiserated with Bicolanos.

He instructed concerned agencies and local officials to immediately submit their reports so the government could find the needed funds for disaster response and rehabilitation.“Send us your reports and we will take over, and I will advise you accordingly when will the money be available,” he said. “After a calamity, it’s always a question of money.”
He assured that funding would be made immediately available. “You will not have a problem with me because I am a very impatient person … I am impatient in times of calamities and crisis,” the President said.In Camarines Sur, the provincial government declared the province under a six-month state of calamity after Tisoy’s powerful winds toppled power lines and destroyed or damaged more than 25,000 houses. Continuous heavy rain submerged villages while water supply in many areas became scarce.

The provinces of Albay, Sorsogon, Quezon and Oriental Mindoro, Virac town in Catanduanes province and Naga City in Camarines Sur were also placed under state of calamity due to Tisoy, the most destructive typhoon to have crossed Southern Luzon this year.

At 4 p.m. on Thursday, Tisoy was located 730 kilometers west of Subic town in Zambales province. It packed maximum sustained winds of up to 55 kilometers per hour and gustiness of up to 70 kph.

A state of calamity was declared in the City of Ilagan in Isabela province where floodwater reached the rooftops of most houses in some villages.

The provincial board of Northern Samar also declared a state of calamity amid the devastation caused by Tisoy.

Damage to crops, property and infrastructure in the province was placed at over P335 million.In Catanduanes, partial damage to crops, fisheries and poultry and livestock had reached P230 million as of Wednesday night. ‍‍‍

In Sorsogon, Gov. Francis Escudero said the province lost P2.6 billion worth of infrastructure and crops.