Hontiveros calls for P12,000-assistance for each rice farmer amid typhoon, tariffication law 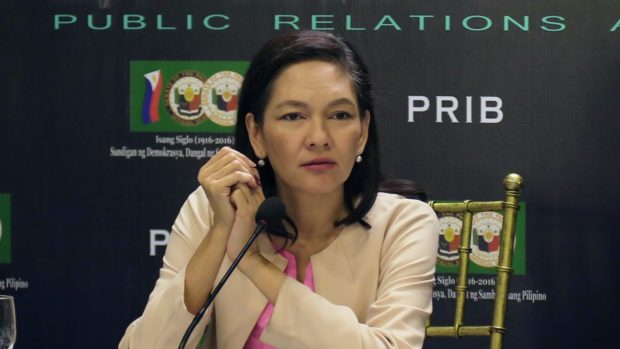 MANILA, Philippines — Senator Risa Hontiveros has pushed for P12,000-financial assistance for every rice farmer affected by drought, typhoons, and the Rice Tariffication Law.

Hontiveros issued the call after Typhoon Tisoy ravaged the Bicol region as well as Southern and Central Luzon, leaving scores of agricultural farmlands destroyed. She also noted that prior to Tisoy, farms in various parts of the country were affected by the cutback in water irrigation service due to drought.

“Agricultural loss due to months-long drought climbed to PhP 7.96 billion in April this year, with rice as the most affected crop. In the face of aggressive importation, the price of palay (unhusked rice) has also fallen to an all-time 8-year low.  In the aftermath of Typhoon Tisoy, farmers face a very deprived Christmas due to a year of challenges,” the Senator pointed out.

(While we are finding out the typhoon damage on agriculture and livelihood, we need to give the P12,000-aid that we have been asking for every rice farmer, as well as the P6.5 billion cash assistance that has long been promised.)

She also urged the national government to quickly mobilize calamity funds for the affected areas.

(In addition to this is the immediate mobilization of the calamity funds that can be accessed by the local government for our countrymen distressed by the typhoon, most especially for the agriculture and fishery sectors.)

“We need a proper assessment of agricultural damage, and the provision of relief assistance and livelihood recovery in the immediate. Kasama dito ang tulong-trabaho (This includes) o cash-for-work sa hindi pa makakapagtanim (for those who still cannot plant) at (as well as) expanded credit, insurance at (and) loan restructuring,” she noted.

Reports from the provinces showed that the Bicol region, Southern Luzon, and Central Luzon were the areas that mostly suffered the wrath of Typhoon Tisoy.

(Let us not wait for another typhoon before we’re able to extend help.)