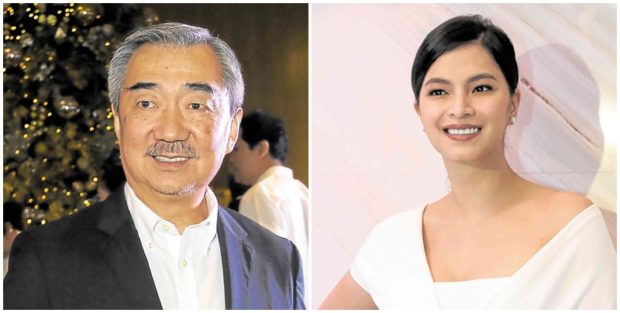 MANILA, Philippines — One of the country’s richest individuals and a multiawarded actress share a common trait in Forbes Asia’s latest list: a passion for giving.

Billionaire Hans Sy, son of the late retail, banking and property taipan Henry Sy Sr., and Angel Locsin, a popular movie and TV star, were the two Filipinos who made it in Forbes Asia’s “Heroes of Philanthropy” list.

The closely followed scribe of the world’s movers and shakers honored 30 individuals — billionaires, entrepreneurs and celebrities — across Asia-Pacific for their altruistic deeds.

Help for kids with cancer

Sy, 64, was cited for his support for cancer-stricken children and their caregivers after opening in July the newly renovated and expanded Child Haus in Quezon City.

The first Child Haus opened in Manila in 2017. Sy bought the property for $600,000 on his 60th birthday and spent another $1.4 million to build the facility.

According to Forbes Asia, he continues to cover its operating expenses. Moreover, his associates have become cosponsors and provide Child Haus with additional financial support and in-kind contributions.

Among the youngest in the list, Locsin has donated almost P15 million to causes, such as educational scholarships for students, supporting the economic and political rights of indigenous people, and ending violence against women and children.

In the wake of the Marawi siege in 2017, Locsin joined the Rural Missionaries of the Philippines, donating and distributing food packets and school supplies to thousands of displaced victims.

“These are urgent times when we have to act as fast as we can to save lives and rebuild communities, and we don’t even have to think why,” Forbes Asia quoted Locsin as saying.

Her contributions have also helped roughly 500 families affected by disasters, such as Tropical Storm “Ondoy” in 2009, monsoon rains, or “habagat,” in 2012 and Supertyphoon “Yolanda” in 2013.

Forbes Asia sought to highlight philanthropic efforts of individuals “giving their own money, not their company’s” with the exception of majority owners of a privately held firm.

The youngest on the list is 26-year-old South Korean singer-actress Lee Ji-eun, known as IU to her fans.