Signal No. 3 only up in northern Occ. Mindoro as Tisoy maintains strength 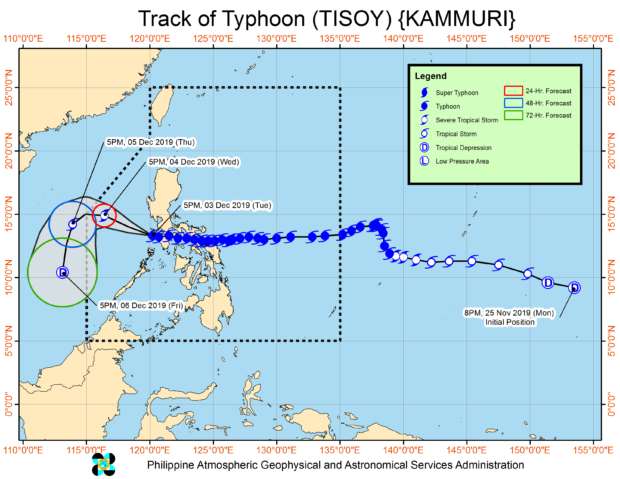 According to the state weather bureau’s 8 p.m. weather bulletin, Tisoy was located 145 kilometers north of Coron, Palawan with maximum sustained winds of up to 130 kilometers per hour (kph) near the center and gustiness of up to 160 kph.

Pagasa said frequent to continuous heavy, with isolated intense, rains are expected over Quezon and Rizal between Tuesday night and Wednesday morning.