MANILA, Philippines — Declining assessment scores for both students and teachers have prompted the Department of Education (DepEd) to shift its focus from access to giving basic quality education, Secretary Leonor Briones said Tuesday. 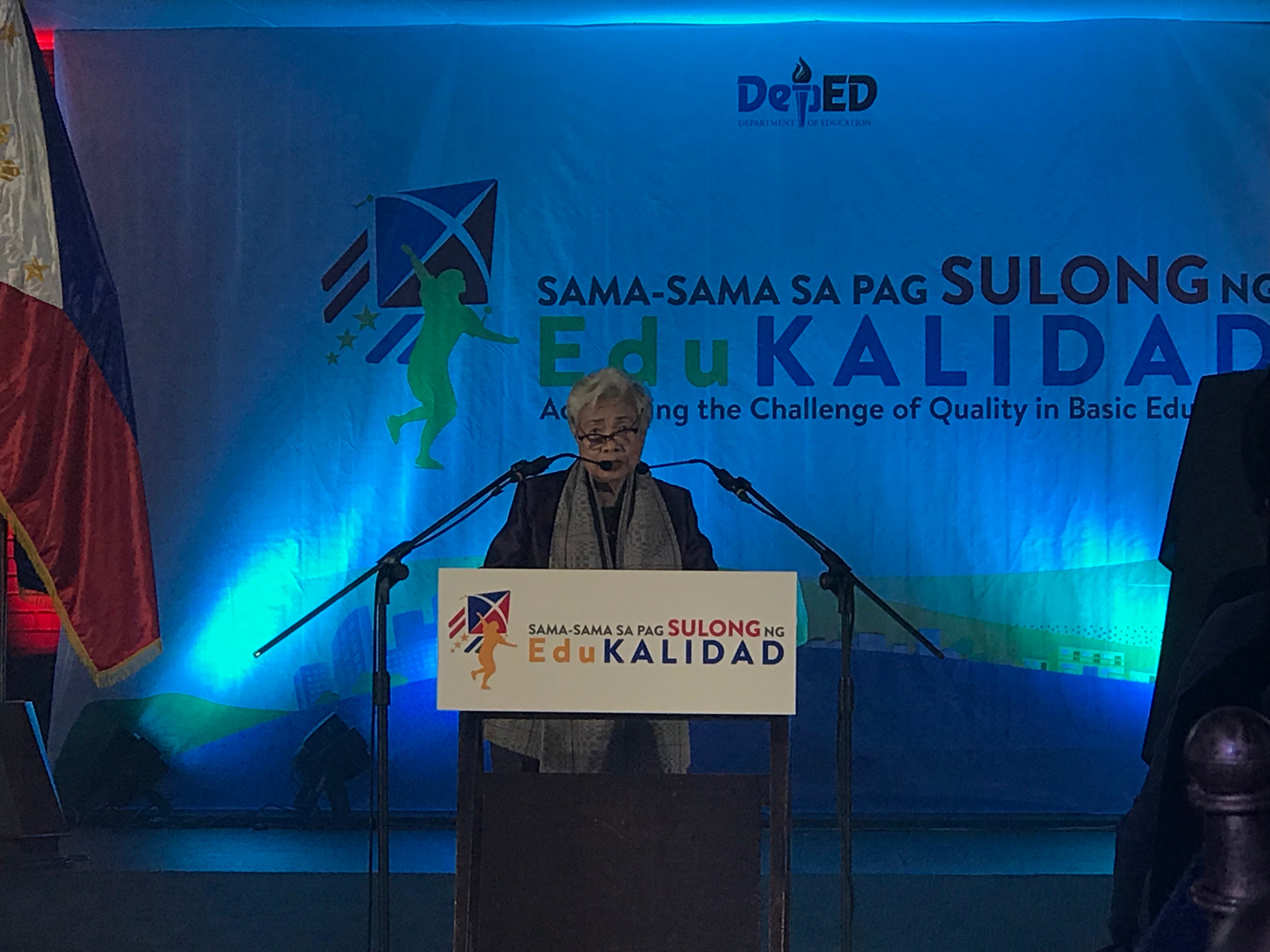 “All of you here, our friends, supporters, advocates, disciples of education, you are aware of the level of performances in our last assessment examination for high school as well as for teachers,” Briones said at the launch of DepEd’s reform program “Sulong EduKalidad.”

Briones, however, noted this does not necessarily mean education is “deteriorating,” but rather the change in “questions being asked” of learners.

“Compared to the earlier years, we not only look at facts, at data, at knowledge. We don’t ask kids anymore who discovered the Philippines, or where was the first mass held, one plus one equals how much,” Briones said.

“We ask them to solve problems, to find solutions, to engage in critical thinking because this is now the global standard. And this explains to a certain extent perhaps a great extent the decreasing of our performance in our national achievement tests,” she continued.

She further pointed out the system of basic education in the country has always been the same since it was established decades ago.

“I’ve already mentioned that in our National Achievement Tests, we tend to show a low level of efficiency. It’s not because the quality of education is going down. It is because it is what it is,” Briones said.

“The system of education in the Philippines for a 10-year basic education cycle was first established in the year of 1940. It is as old as I am. It is only now that we are adding more years, we are looking at the curriculum,” she explained.

The Education secretary highlighted four key reform areas the department would improve to bring forward the quality of basic education.

Among them were the continuous review of the curriculum and the improvement of the learning environment through improved facilities, most importantly, supplying schools with computers.

Apart from these, Briones underscored the need to “upskill” and “reskill” the teachers, noting the reflection of their performance to the students.

Briones also recognized the value of continuous engagement with stakeholders for “support and collaboration.”