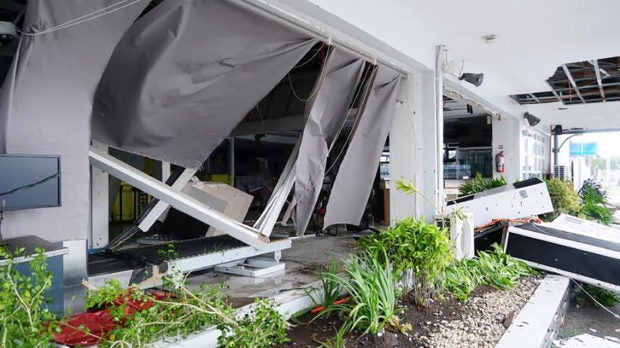 A view of the destroyed wall of the passenger terminal in Legazpi City, Albay province, south of Manila on December 3, 2019, after Typhoon Kamurri battered the province. – Typhoon Kammuri lashed the Philippines with fierce winds and heavy rain, as hundreds of thousands took refuge in shelters and the capital Manila prepared to shut down its international airport over safety concerns. (Photo by Simvale SAYAT / AFP)

Eric Apolonio, the spokesperson of the Civil Aviation Authority of the Philippines (CAAP), said in a phone interview that the airport runway and tower were operational.

Airport operations may resume as soon as the CAAP team finishes its assessment and give clearance to resume its operations./lzb