MANILA, Philippines – Malacañang has declared government work and classes in all levels in Metro Manila suspended beginning Tuesday noon due to the possible impact of  Typhoon Tisoy.

In a Memorandum Circular signed by Executive Secretary Salvador Medialdea, the Palace announced the suspension of work in government offices and classes in schools, public and private, at all levels in the capital region starting 12:00 p.m. 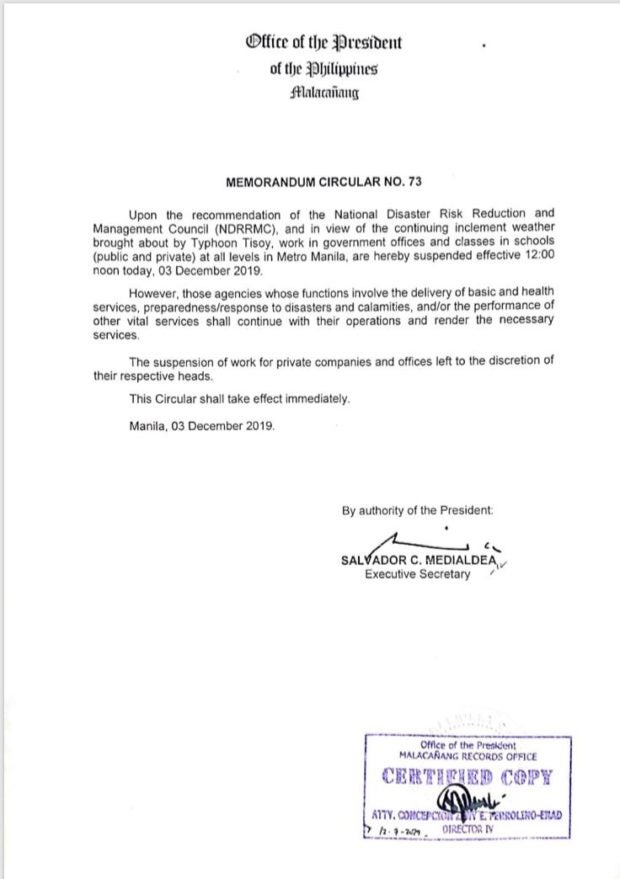 Meanwhile, government agencies involved in the delivery of basic and health services, preparedness or response to disaster and calamities, and/or the performance of other vital services will continue their operations, according to the Palace memo.

Suspension of work for private companies and offices is left to the discretion of their respective heads, Malacañang added.

As of Tuesday morning, Tisoy slightly weakened as it batters Burias Island.

Tropical Cyclone Wind Signal (TCWS) No. 3 has been hoisted over several areas in Southern Luzon and the Bicol region.