“Ang kinatatakutan ko magkalat siya. Kaya ako takot. The more that she stays with the ICAD, the more that she would create issues and the more that the people will be like wondering, ‘Ano bang totoo dito?'” Duterte said in an interview on GMA 7’s Unang Hirit aired Monday morning. 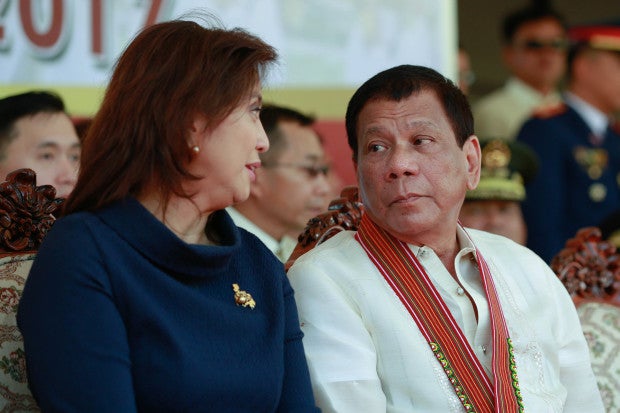 (That’s why I am afraid because she knows nothing.)

The President fired Robredo as co-chair of the Inter-Agency Committee on Anti-Illegal Drugs on November 24, less than a month after the opposition stalwart was appointed.

He said he gave Robredo a government post after the Vice President kept on citing ways to handle the war on drugs.

(Leni keeps on harping on so many things —that it has not succeeded. We cannot tell her why so I said, ‘’Why don’t you just join us?’ Actually it’s an exasperation thing for me. I said, “You join us so you would know”).

Duterte earlier said he took offense at the taunt of Robredo to just fire her as drug czar if he doesn’t want her to be part of his Cabinet.

The President has said that Robredo’s move to talk to various groups critical of his war on drugs right after she accepted the position to be the government’s anti – drug czar did not sit well with him.

He said he could no longer trusts the Vice President.