By: Nestor Corrales - Reporter / @NCorralesINQ
INQUIRER.net / 07:29 AM December 02, 2019
MANILA, Philippines – Shortcomings and mistakes in the Philippines’ hosting of the 30th Southeast Asian Games could have been avoided if the P6 billion budget for the biennial games was “correctly” used, President Rodrigo Duterte said. 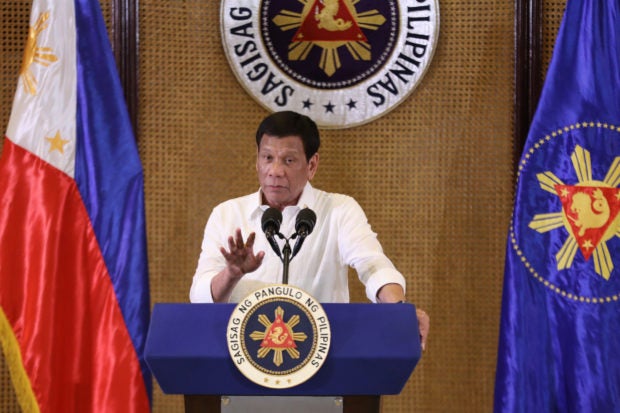 “Well, I am not attributing it to anybody, but you know, it’s a huge fund and there ought not to have problems,” Duterte said in an interview on GMA 7’s Unang Hirit aired Monday morning.

Even days before the opening of the SEA Games, the country’s hosting of the athletic meet was marred by logistical problems and issues concerning transportation, food and accommodations of foreign and local athletes.

Even some of the venues were unfinished a few days before the start of the games.

Duterte questioned the “mishaps” despite the budget allocated for the biennial meet, saying the preparations were “not good.”

“Because you can do it not really with precision but had you made most of the money then you could have avoided the critical situations, the mishaps that they are saying,” he said.

Foreign athletes had complained about their late transfers from the airport to their hotels, including cramming inside the vehicle provided by the organizers.

A bus company, in a bid to help address the transportation issues, even made available its newest units to transport athletes and officials.

“You do not wait for the bus companies to send their buses to help you out. You have so many years to prepare for it. So how come that happened?’ Duterte said.

The President also scored the organizers for the complaints about the food and the hotel billeting for the teams.

“These things could have been avoided if you use the money correctly,”

“If you would ponder on it, it’s actually negligence or unforeseen events that you failed to prepare,” he added.

Duterte earlier said that he welcomed any investigation on the possible misuse of funds in the country’s hosting of the SEA Games.

He saidMalacañang would also conduct its own investigation, saying the probe would spare no one, even his political ally Speaker Alan Peter Cayetano, head of the Philippines Southeast Asian Games Organizing Committee Foundation Inc,