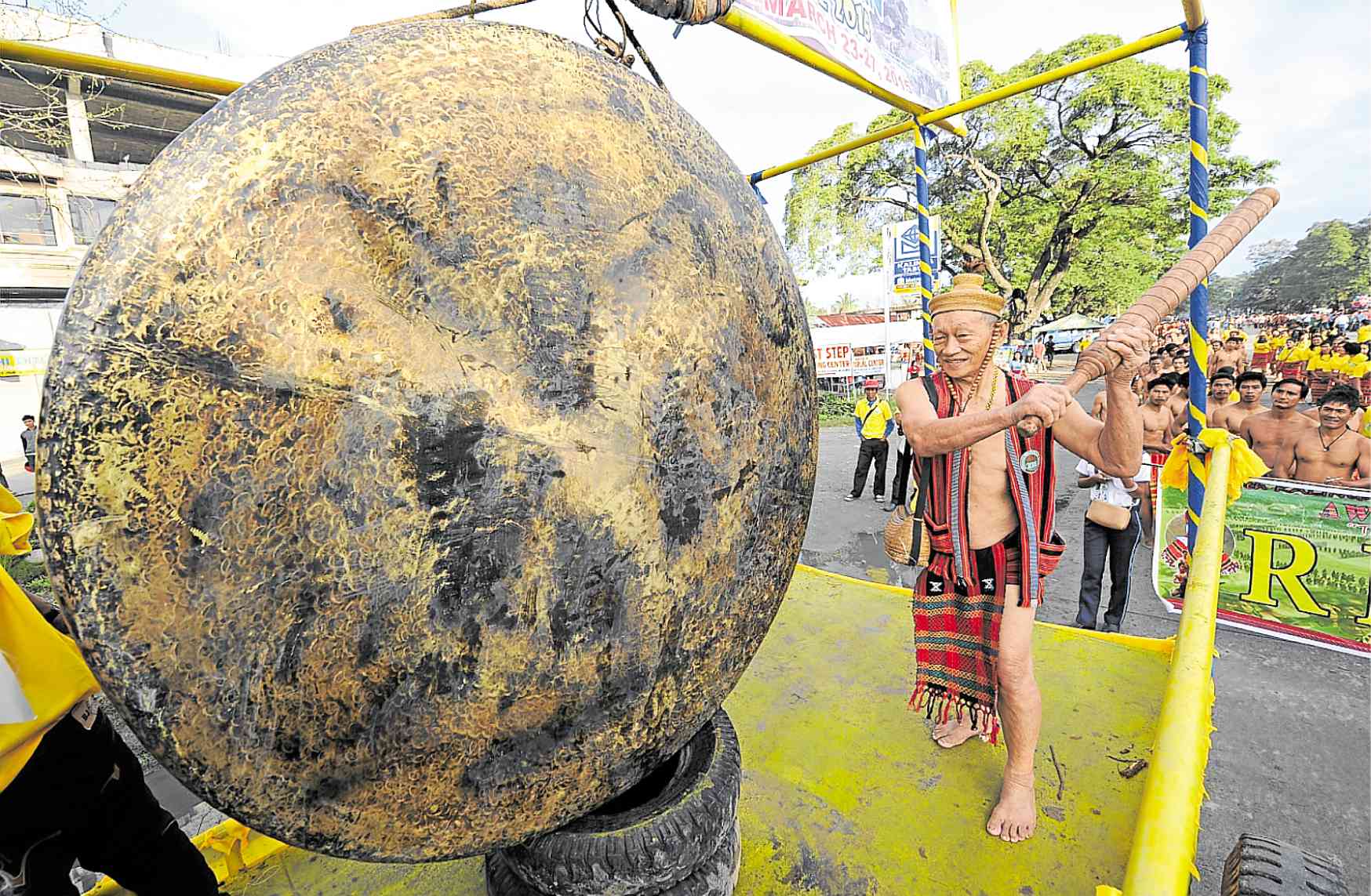 UNITY Atribal leader strikes a gong during one of the community gatherings in Kalinga province. EV ESPIRITU

BAGUIO CITY, Philippines — “Bodong,” a social compact that has kept peace among tribal communities in Kalinga province, is being scrutinized by the military for not penalizing communist rebels who take part in clashes within their areas.

The Army is concerned that both rebels and soldiers have been exempted from sanctions imposed by bodong holders for violating peace in their areas, especially during legitimate combat operations, said Col. Henry Doyaoen, commanding officer of the Army’s 503rd Infantry Brigade.

The peace pact exemption was passed recently by the Bodong Congress, Doyaoen said in his report on the status of Cordillera insurgency during a joint session of the Cordillera Regional Peace and Order Council (RPOC) and the Regional Development Council (RDC) on Nov. 29.

The Bodong Congress, composed of tribal representatives of peace pact holders, was cautioned against granting the New People’s Army (NPA) equal footing with the Army and the Philippine National Police because the exemption “gives them the license to kill law enforcers,” Doyaoen said.

He described NPA rebels as “fugitive criminals,” who should not be regarded in the same way as uniformed personnel who can be charged or even jailed for various offenses.

Doyaoen, who hails from the Cordillera, also urged the RPOC to consider a program that would dissuade communities from “allowing members of their families to join [the NPA].”

“The military’s issues with bodong showed the need to get inputs from tribal elders and understand indigenous justice systems governing behavior in their communities,” said former La Trinidad Mayor Edna Tabanda, a civil society representative at the RDC.

She urged the regional task force tasked to end local communist armed conflict to include elders and community leaders when drawing up projects for 61 “rebel influenced” villages in Cordillera.

She said talking with the elders would also address the military’s reservations about communities which designated their villages or towns as peace zones to prohibit clashes there between the rebels and government troops.—VINCENT CABREZA