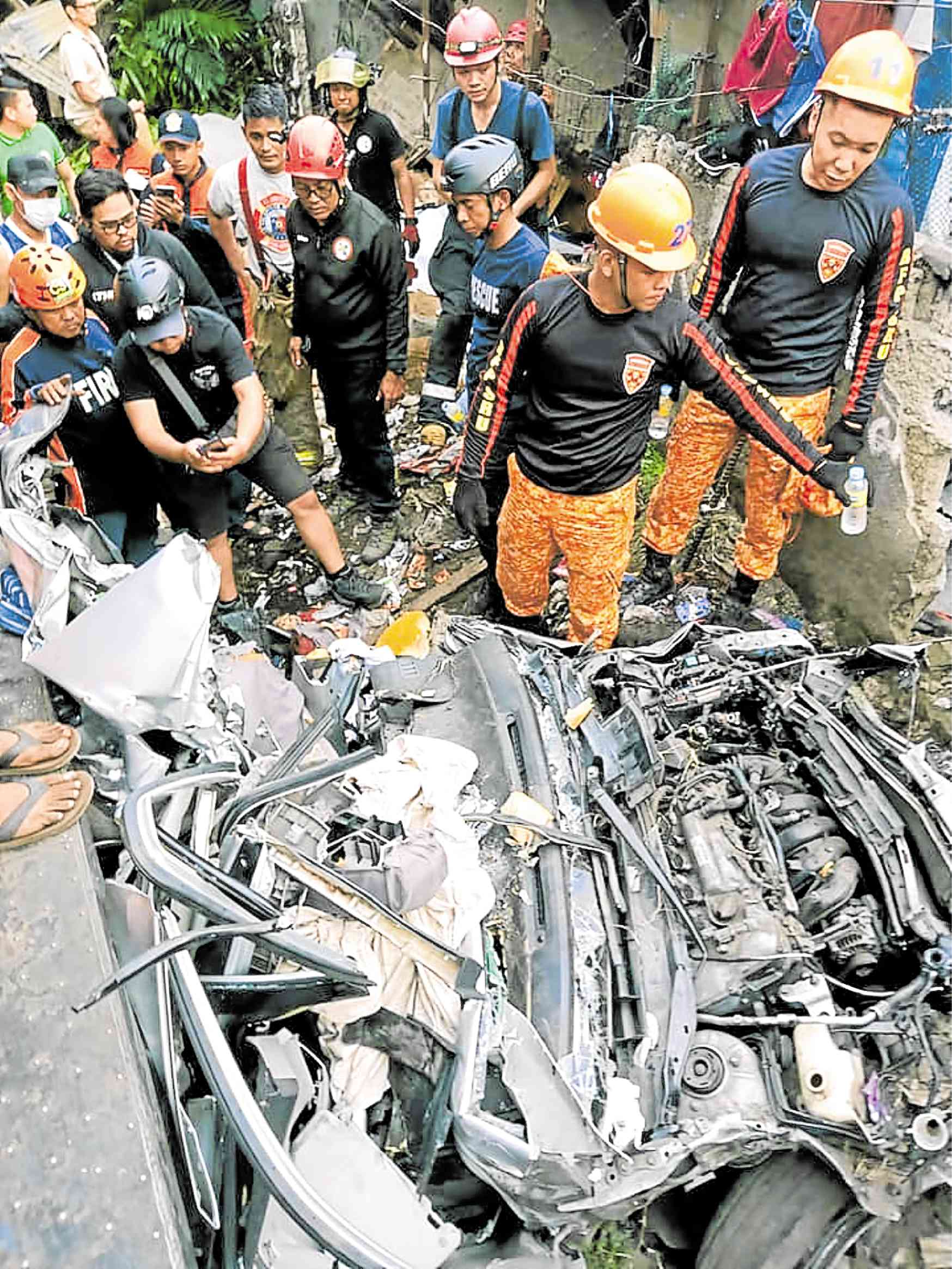 WRECKED The Toyota Corolla Altis was totally damaged after it was rammed by a southbound Philippine National Railways train on Saturday in Biñan City. PHOTO FROM FACEBOOK PAGE OF BIÑAN CITY MAYOR ARMAN DIMAGUILA

SAN PEDRO CITY — A train of the Philippine National Railways (PNR) hit a car, killing a woman and seriously injuring her companion and driver on Saturday night in Biñan City.

The southbound train, headed to Santa Rosa City where it was supposed to take off for the early trip on Sunday, figured in the accident around 11:30 p.m. at the Halang crossing in Barangay Canlalay in Biñan.

Mary Ann Valenzuela, 21, a waitress from Caloocan City, died immediately after the impact. The driver, Joel Pablo, 28, was taken to the hospital for treatment of his injuries.

PNR spokesperson and operations manager, Joseline Geronimo, said it appeared that the victims’ Toyota Corolla Altis tried to beat the incoming train in crossing the tracks.

Based on security camera footage, two other cars crossed the tracks despite the warning sound from the incoming train, Geronimo said. “The first two [cars] made it through but this one (the victims’) was hit in the rear,” she said.

The train dragged the car a few meters more before hitting a full stop. It also damaged a small shop that sold used cars on the side of the rail tracks, causing damage worth about P50,000, police said.

It took police and rescuers about eight hours to pull out Pablo, whose legs were pinned in the car engine.

In September, five people were hurt after a train hit a van as it crossed the tracks in Calamba City. The impact pushed the van off the tracks and ploughed through houses near the railway.—MARICAR CINCO