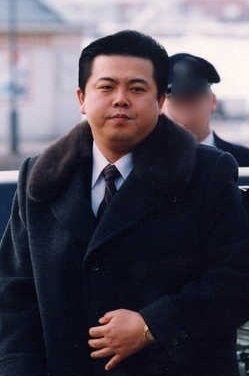 SEOUL — North Korean leader Kim Jong-un’s exiled uncle has been recalled to his home country after having spent decades as an envoy in Europe, according to reports Sunday.

The NIS had said early last month that Pyong-il would be replaced and return to North Korea.

Pyong-il is the half-brother of late North Korean leader Kim Jong-il, the father of current leader Jong-un. He was born to the late founder of the communist regime Kim Il-sung and his third wife Kim Song-ae in 1954.

Pyong-il was a prominent rival to Jong-il to succeed their father as North Korea’s leader. Jong-il was born to Il-sung and his first wife Kim Jong-suk.

After losing the power struggle, he was sent as an envoy to far-flung embassies in Europe — virtually living as an exile for about three decades.

He graduated from Kim Il-sung University and was appointed as North Korea’s ambassador to Hungary in 1988. He also served as the chief envoy to Poland for 17 years until 2014 and assumed the post in the Czech Republic in January 2015.

The reason behind his return has not been revealed. Some have raised the possibility that it signals that the Jong-un regime is stable enough to allow the return of the envoy, who was once considered a rival to lead the country.

Others suggest Jong-un may be seeking to get rid of all obstacles as he gears up for a possible crisis.

Jong-un is believed to have ordered the assassination of his half brother Kim Jong-nam and the execution of his uncle Jang Song-thaek, prompting speculation that Pyong-il may also be the latest target for a purge, despite keeping a low profile.

ADVERTISEMENT
Read Next
100,000 residents evacuated in Albay due to ‘Tisoy’
EDITORS' PICK
Get exciting deals and discounts when you download the new McDonald’s App
In appreciation: Kobe Bryant, a life defined by hard work
DOH warns vs eating raw meat, exotic animals amid coronavirus outbreak
SM continues to send relief assistance to remote towns in Batangas
‘House of Kobe’ launched in Valenzuela City hours before hoops star’s death
4 Ways Jollibee’s new store will serve a leveled-up kind of joy to Filipinos in the South
MOST READ
College baseball coach, wife and daughter die in crash that killed Kobe
3 Chinese admitted to San Lazaro Hospital after showing signs of flu
Lack of witnesses prompts Makati Court to reset Trillanes’ rebellion trial anew
Kobe Bryant’s helicopter flew in fog that grounded other choppers
Don't miss out on the latest news and information.