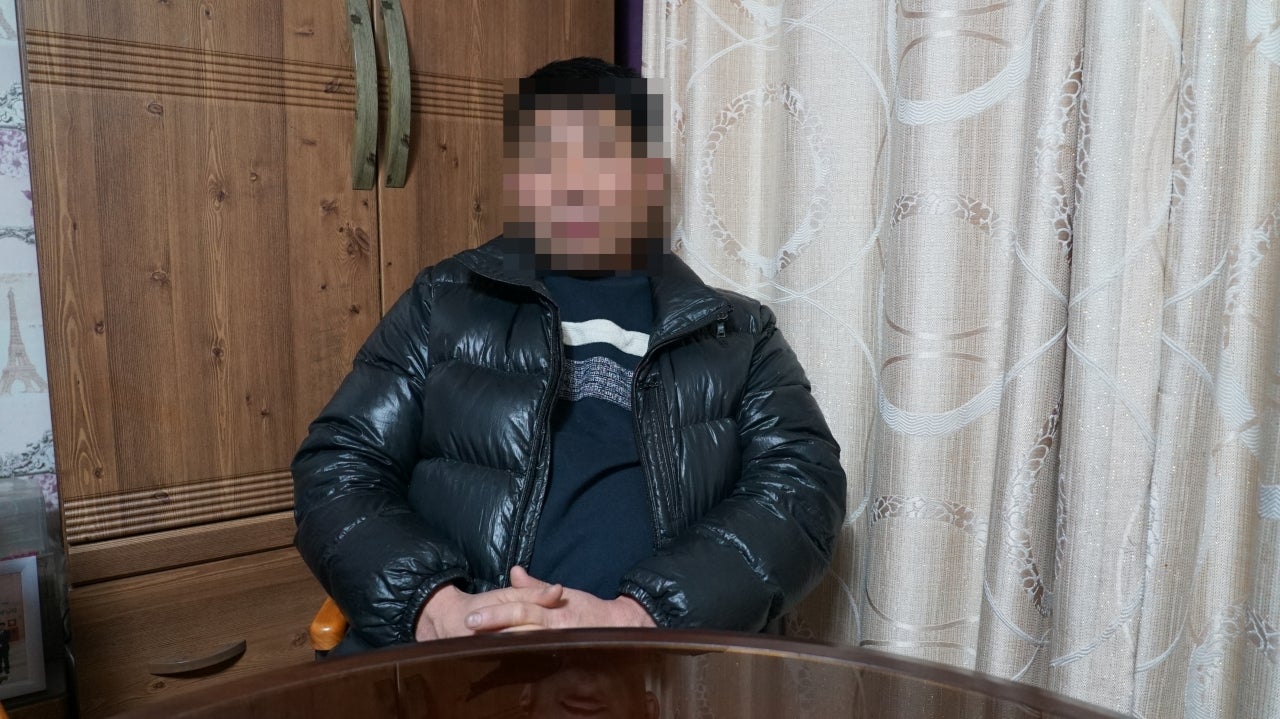 CHEONGJU, North Chungcheong Province — He was 22 years old when police accused him of rape and murder of a child in July 1989. He served 19 1/2 years of the life term he was handed before being granted parole in 2009. At 53, he is bringing the case back to court to overturn the 30-year-old conviction.

The man, who asked to be identified only by his surname Yun, spent two decades in jail and then another as a former offender until a staggering confession on Oct. 4 by Lee Chun-jae, a jailed murderer pinned in September as the prime suspect in a notorious cold case: that he was responsible for the crime for which Yun was convicted.

At a home for ex-prisoners in Cheongju, North Chungcheong Province, on Saturday, Yun told The Korea Herald he was innocent and that police brutality had forced him to give a false admission 30 years ago.

“I will never forget the day Lee made the confession,” he said. “Because without it, I would never have dreamt of the chance at getting a new trial.”

The high-profile murder that Yun was charged with occurred on Sept. 16, 1988, in Hwaseong, Gyeonggi Province. The victim was a 13-year-old girl, who was raped and strangled to death in her room overnight.

While police records show the offender had climbed over a wall, Yun, who contracted polio at age 3 and limps from his left leg, said he could not have done it. He also denied remembering ever going over the wall during the crime reenactment.

“The walls were fragile, you see, and would have knocked over if you attempted to climb it,” he said.

In an October interview with a profiler, Lee went against the scenario presented by police and testified he had entered the house through the gate.

The cold case team at Gyeonggi Nambu Provincial Police Agency said on Nov. 15 they concluded that Lee’s testimonies “bore more credibility” than Yun’s upon review of existing records and some dozen questioning sessions with Lee.

Asked about his feelings about Lee, Yun said he was grateful, more than anything, for “coming forward and speaking the truth.”

Yun said he heard from police that Lee said he was “sorry” for what had happened, and that he would “appear at court as a witness” to prove his innocence. The confession, which may help Yun prove his claimed innocence, will not hold Lee accountable for any added charges due to expired statute of limitations.

After news of the fresh confession broke, Yun said one prison officer whom he had met as inmate and became friends with linked him to Park Joon-young, a celebrated lawyer specializing in miscarriage of justice cases.

“A lot of people ask me why I did not seek exoneration all this time,” he said. “The reason is simple: I did not have the money to pay for a lawyer and I was told by many I did not stand a chance.”

“At first, I think I was weary (Lee’s confessions) would change anything. But (Park) told me it was a one in a million kind of opportunity that a suspect is rediscovered, let alone admits the guilt,” he said.

Yun and his team of three lawyers filed a request for a retrial at Suwon District Court in Gyeonggi Province on Nov. 13.

During a press briefing held that day, Park said he would “not have taken Yun’s case had it not for Lee’s confession,” which he said, “changes everything.”

Yun said he was visited by police in October about reopening his case.

“At first, I avoided them because I am still traumatized from my experience with police from 30 years ago, even though I didn’t do anything wrong,” he said.

“Three officers from (the Gyeonggi Nambu Provincial Police Agency) showed up at my house one day and told me they were revisiting the case because of some suspected inconsistencies.”

Yun acceded to the renewed investigation and responded to police interviews three times, each lasting about seven to eight hours.

He said he couldn’t remember a lot of the details not only because a long time had passed since but also due to trauma from the police investigations that led to his conviction.

“I may not be a smart man, but I have good memory,” he said, adding he believes “the trauma effects seem to be messing with” his ability to recall.

He said he remembers being deprived of sleep for about three days, asked to do jump squats despite his weak leg, and told he would be “given a death penalty if he refused to admit his guilt.”

Yun said if he ever has the chance to speak with the police officers who inflicted brutality to elicit a false admission out of him, he wants to ask them why they did it.

“I was orphaned at a young age, and had to make a living for myself since I was 13. I also have a limp. I think I was framed because I’m not well off and I didn’t have anyone looking after me.”

He said if he wins the settlement case against the state, he will use the money to help people “like (him)” – who are falsely accused and disabled.

Yun said two things he most wants in life are restoration of his honor and public apology from those who wronged him.

The highly publicized nature of his case warranted a formal public apology, he said, stressing he was “not interested in a private apology nor seeking punishment against those responsible.”

He said he wished the then-investigators would own up to what they had done for they would not face punishment as statute of limitations on all possible charges had passed.

“I just want the truth to be officially acknowledged that I am innocent, so I will no longer be ashamed to see my family.”