Faces of the News: Ramon Suzara 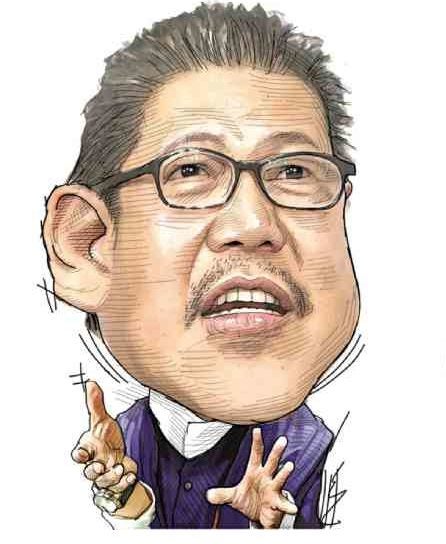 “I’m appealing to all of you to put a positive note on what we have done,” he said at a press conference three days before Saturday’s grand opening at the Philippine Arena in Bulacan.

Suzara also slammed the media for what he felt was selective reporting on the country’s hosting of the Southeast Asian (SEA) Games.

The Phisgoc initially planned to replace Suzara in September but later decided to keep him as the point man for the SEA Games.

The executive is no stranger to scrutiny as he was the target of a February 2019 complaint lodged by Philippine Super Liga, a volleyball league he once led as president, after his alleged misuse of its funds. Taguig City prosecutors dismissed the case in July.

Read Next
Faces of the News: Risa Hontiveros
EDITORS' PICK
51% of Filipinos think it’s dangerous to publish anything critical about Duterte admin — SWS
PhilHealth mess: Whose heads will roll? Roque says he can’t wait to name names
COVID-19 cases in PH overshoot 122,000 mark
Water remains our saving grace right now
Smart 5G goes live
The biggest lottery jackpot in the world is $158 million, and even someone from the Philippines could win it
MOST READ
‘Vexed’: Guanzon raps Topacio over Alzheimer’s remark
Captain astonished that his ship delivered Beirut explosive
COVID-19 cases in PH overshoot 122,000 mark
Locsin to China: Don’t overinterpret
Don't miss out on the latest news and information.