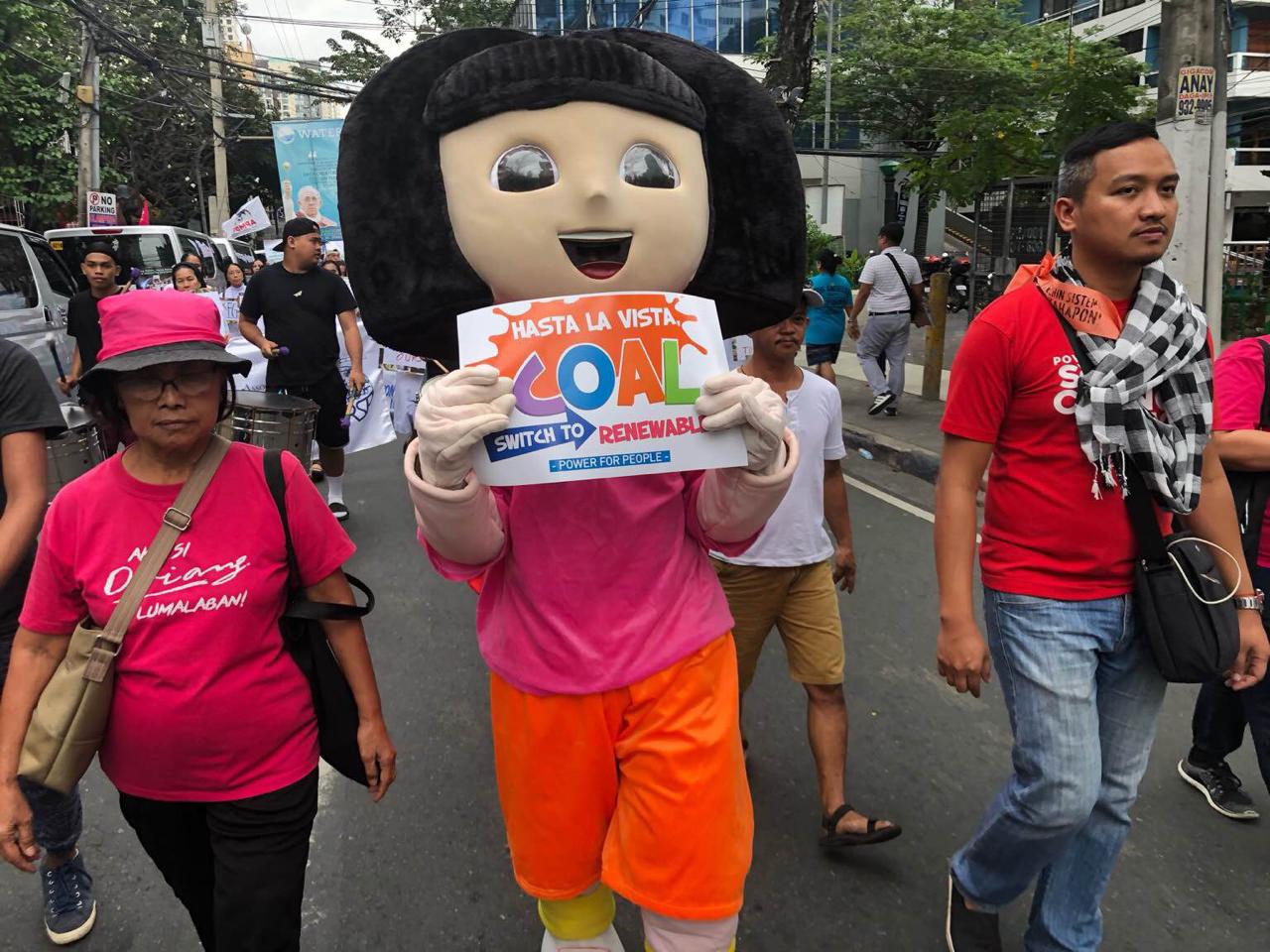 MANILA, Philippines — Climate justice advocates held a protest action on Friday to put an end to all coal projects in the Philippines to curb the spread of greenhouse gas emissions in the environment.

The Global Climate Strike against coal projects were initiated two days before the 25th Conference of Parties (COP) to the United Nations Framework Convention on Climate Change.

“It has been a quarter of a century since COP negotiations to avert catastrophic climate change began. Yet after 25 years of talks and pledges, we are seeing emissions rise to an all-time high,” Gerry Arances, P4P convenor, said in a statement.

“In 2018, global energy-related emissions rose to a historic 1.7%. Just this week, the WMO reported that we have already reached the critical level of 400 ppm CO2 concentration. And how could this not be, when 85% of the world’s energy comes from coal and other fossil fuels?” he added.

“Coal makes up 40% of global fossil fuel emissions. Climate impacts like Haiyan and Ketsana and the long drought in the Philippines last 2016, the forest fires in California and flooding in Europe, all these should have spurred an iron-handed approach towards coal among global leaders,” Rivera said in the same statement.

Rara Ada of Youth for Climate Justice said the youth sector participated in the rallies in Mindanao to condemn coal projects and its proponents to continue “stealing and swiping away young people’s future and that of generations to come.”

Avril de Torres, convenor of the Ecological Justice League of Youth Leaders, called on the government to question and act on the harmful effects of coal projects in the environment.

“We hope that members of our government would also ask themselves, ‘where are we going?’ and that the answer to that question – the climate catastrophe we are currently being led to – would force them to rethink their carbon-intensive idea of development,” she said.

“The battle to reject San Miguel Corporation’s 300 MW coal plant is the fifth we have had to fight to keep dirty coal out of the island’s shores,” Alminaza said.

Alminaza said advocates in Negros are supporting for the transition to 100-percent renewable energy.